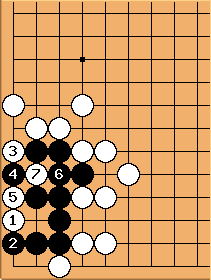 This is the solution given. 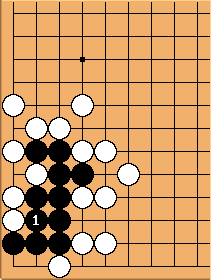 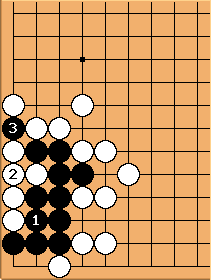 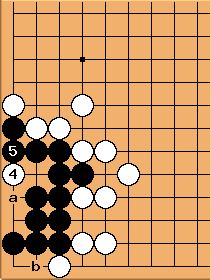 John F. I don't know where you got the solution given but it isn't the one given in the original. On top of which the problem is wrong as well. This has obviously been copied from the Kim In edition where the top white stone on the left should be one line lower (as it is in the Kim In solution, which is not the one given here, so that looks like two copying mistakes to me).

tapir: In the first instance the problems are copied from

here with the thought of only copying classical problems, though as usual on Sensei's Library without the solutions and commentaries which may well be non-classic.

I have created XuanxuanQijingProblem212a with hopefully the correct setup.