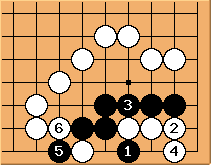 is not easy to spot I think.

is the strongest resistance it seems. It threatens to cut at

then threatens to kill by making a bulky five or an eye inside Black's shape. But Black has a special technique to resist. First she makes the exchange 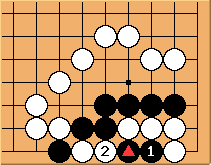 serves to prevent White from making a bulky five. After

leading to the position in the next diagram. 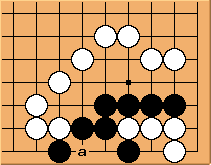 Now it's White's turn. White must prevent Black from playing at a which gives Black a living shape. However a white move at a would go back to the position that already occurred at the end of Diag. 1.1.

Now if the ruleset has a superko rule, White is not allowed to play at a as it makes a position that already occurred. So Black lives in this case. However, this corner does provide White with almost unlimited ko threats for the rest of the game.

If the ruleset does not have a superko rule, White can play at a. The position can then cycle indefinitely. If the players do start to play out this cycle, the game is declared void. For more details, see the SL page eternal life, which discusses a similar shape. 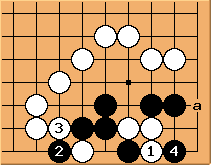 Black is alive. (In a previous version I mistakenly gave

at a, but that lets White make a ko). 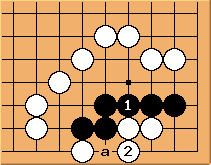 The natural move of

, at the vital point, threatens to connect out at a. 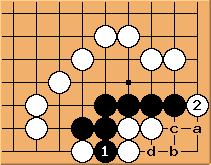 But if Black blocks at 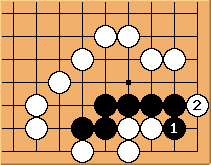 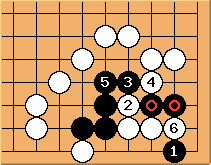 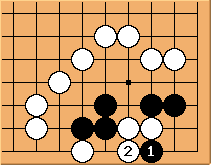 plays at the vital point. One can check that Black is dead. 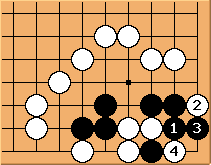