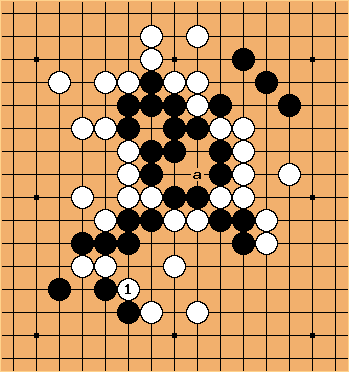 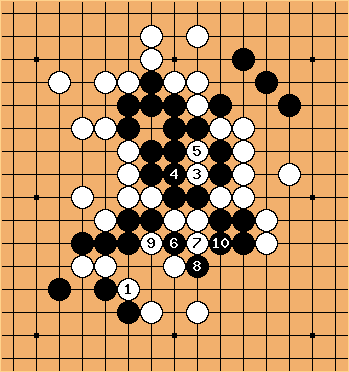 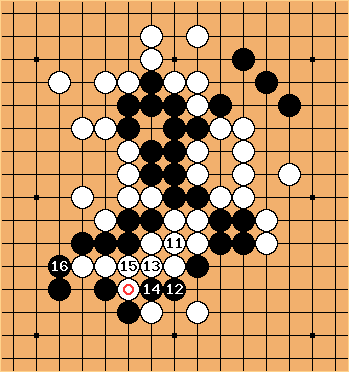 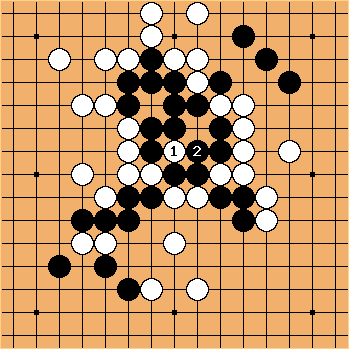 char: This is one logic for the worst move, but I think an even worse move would be this, since even a beginner would know to capture for life.

In an informal sense, sure; but we have been defining "worst move" in the sense of having the most negative impact on the situation, given subsequent optimal play. Going from the worst possible move for one move to the best possible move for every subsequent one may seem strange and artificial, but it is not a bad approximation for the kinds of mistakes strong kyu players make. Certainly, a better approximation than is normally found in problems. ;)

?How bad is this?

Pashley As a single-digit kyu, I hope I'd notice the killing atari but I fairly often miss things. If I did, I'd be inclined to take what looks like sure profit and then aim to solidify. How awful is this?

tapir: Not bad enough. Black needs one more move to live, after the worst move Black is alive despite playing tenuki. 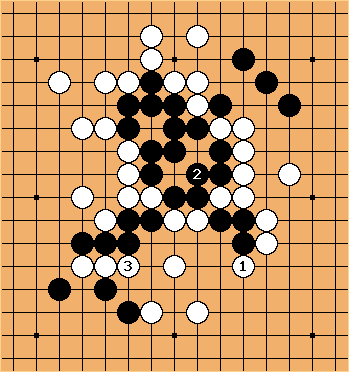