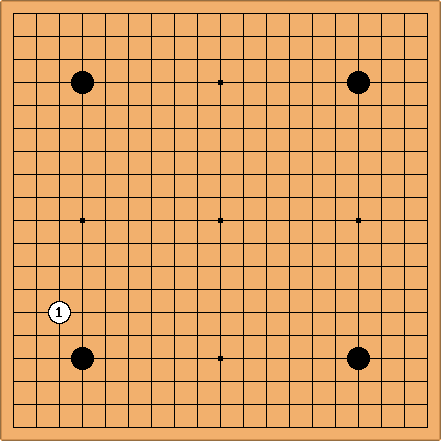 It is often hard to see things in a different way. One way to facilitate that is to role play. Janice defined the following colored hats:

By considering each of these perspectives for a given move, we can strive to gain the ur-perspective (ur is a Greek word meaning, original or primitive). The goal is to gain a true understanding of the position (and the correct approach to it) by considering the various aspects revealed by the roles.

In the diagram, how might white 1 be perceived if we wear each hat in turn? (Everyone will have their own answers -- it's not whether the perspectives are right of wrong that matters. The hats are simply a tool to help you break from your traditional thinking. We often have a hat preference.)