On this page I will try to use my Two Squares method to analyse an actual game. The game was played with Ah-Q-Go in battle mode, with 1 second thinking time each. 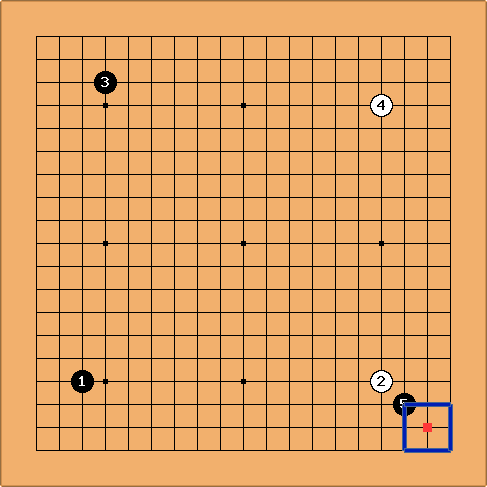 , Black now has a choice to make a small corner, with something like the Two Squares displayed, or sacrifice the corner for outside influence.

White could also have played a or b instead of 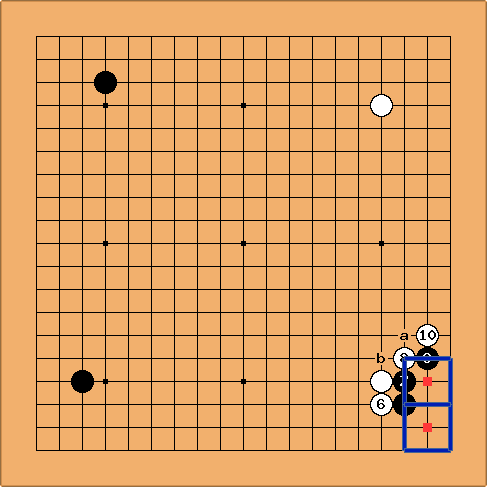 The corner would be too small, so Black sacrifice it, and get a nice ponuki, where as White get a rectangle round Blacks two stones. Blacks ponuki is very solid, because it is difficult for White to get two corner position occupied. White has one corner (

) of the Black square, but right it is not a good time to try to take the only other completely free (

) corner without getting punished for it. Playing on any of the two other corners (

) would simply be captured. Black is confident with his ponuki and instead playes the enclosure in the upper left corner.

Black could have selected among a lot of different spots also ( 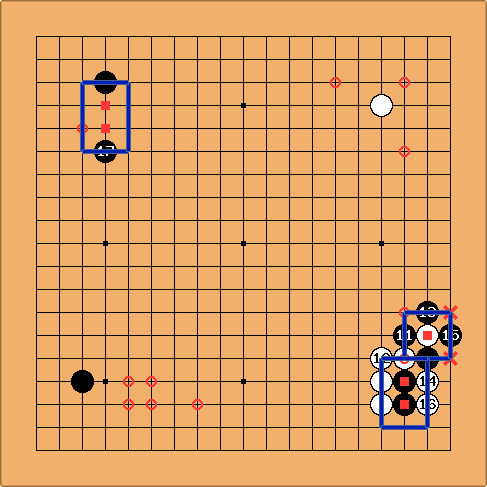 prevents Black from getting a square to the right (

), but with Black 21 Black makes one to the left instead (

). Black 19 and White 20 is the same concept. White protects his

by making a rectangle base with 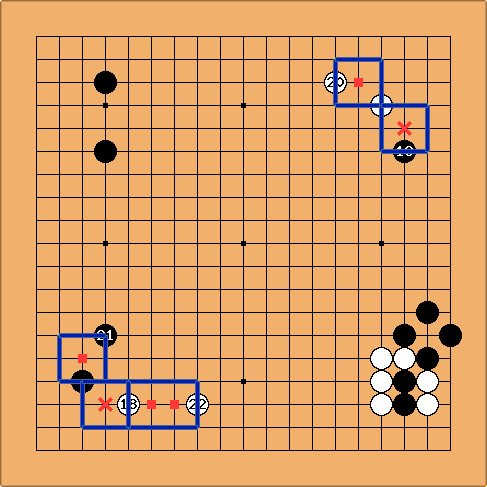 Black tries to create a square on the side with 23, and White defends his rectangle with 24, but the figures are too loose and open to be called settled. 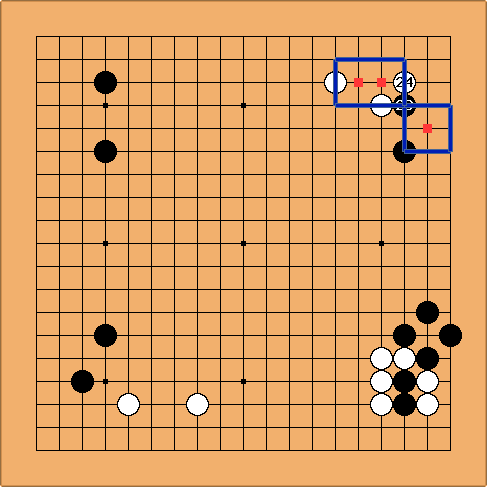 Black can choose between 2 different solutions (

) or taken the rectangle ( 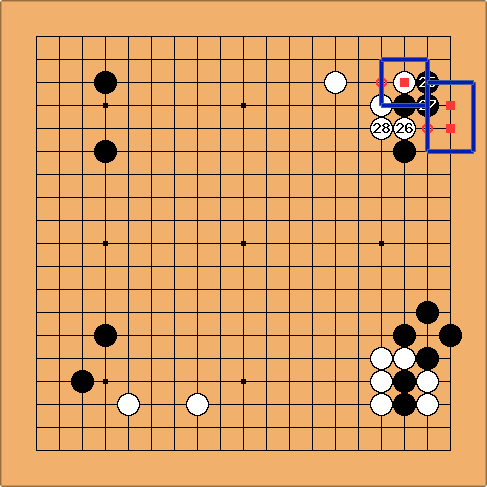 In this variation Black choose to take the corner. White plays a series of forcing move ending with White 34, with Black has to answer, and he does that with Black 35. Black ends up with a corner that has plenty of squares and rectangle forms. A particular square form to notice is the one at the 1-1 point of the board. 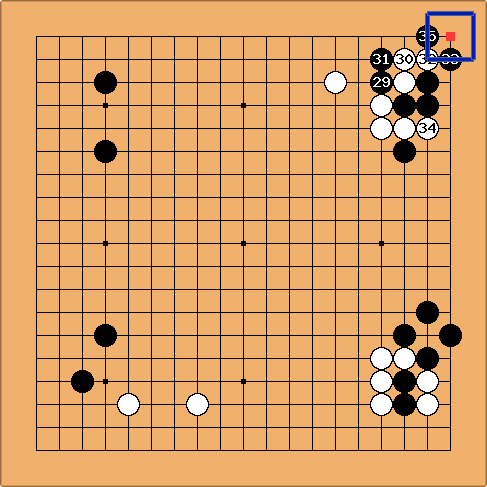 Next White 36 makes a potential base on the side of the board, and Black 37 moves out to avoid being boxed in. White 38 attacks the Black formation by preventing the formation of a square around (

), and at the same time creating the foundation for a square for him self (

). Next White also have the opportunity to extend to (

) to make connection to another square (

) on the first line. If Black occupies that spot (

), at some point, then the square on the second line only need 1 connection to 1 other square, to form life for his group. Black's group is however still strong, because he still has the magic move (

), that will make him move out into the centre, and threaten to take Whites corner , if White does not answer (correct) 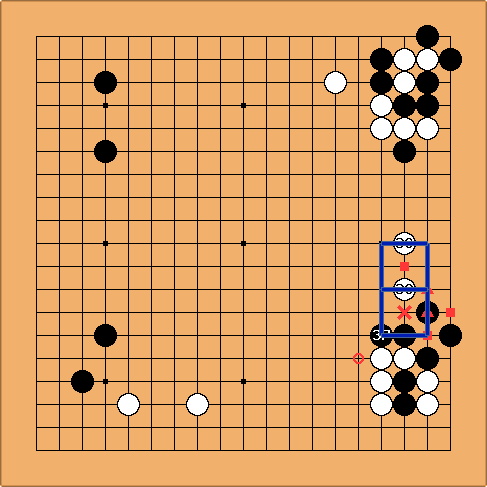