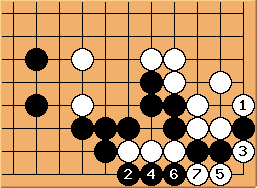 If Black 2 protects at 3, White has one more liberty. -- Confused 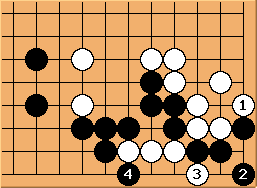 If Black plays 2 like this, the situation becomes ko (difficult to win for Black, but still ko). 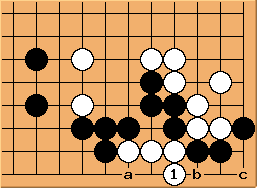 Playing at 1 removes any chance of getting into ko. Black cannot play a, since White has one liberty more. If Black plays b, White plays c and vice versa.