kb: What a great problem! Aji is incredible, isn't it? 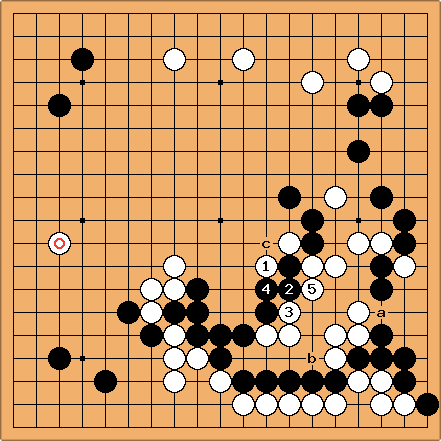 (It turns out that

is necessary for White to live!)

unkx80: Huh, my reading is not so complicated,

should not be needed. 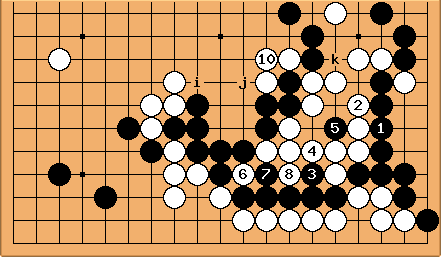 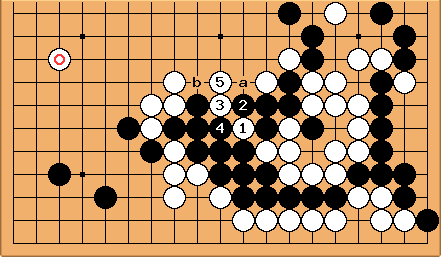 at a, then White b snapback. After

, Black cannot avoid connect-and-die from b. 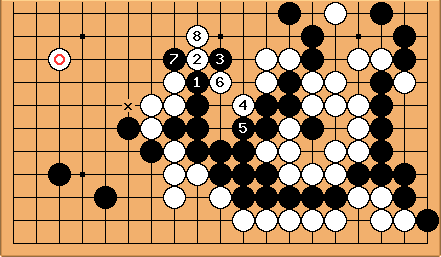 The ladder at x is broken by 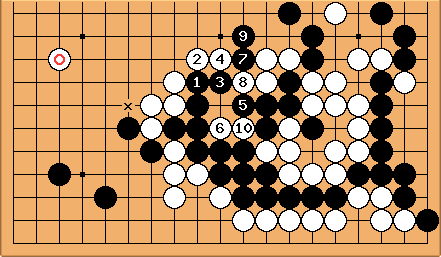 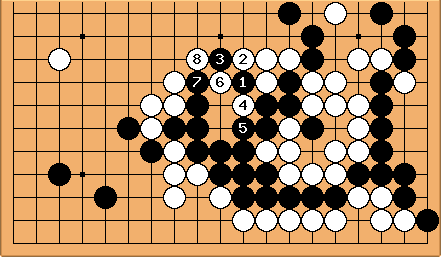 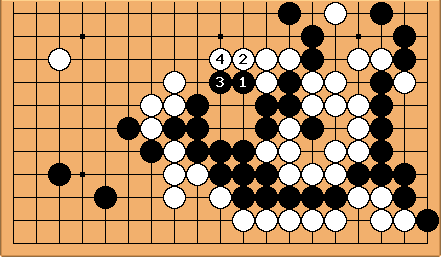 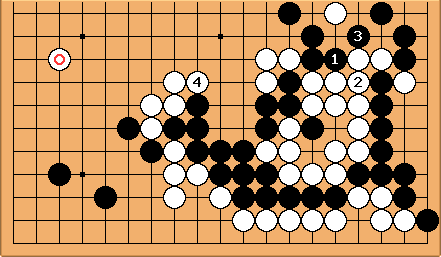 Three liberties to two, White wins by one. (Refer to Black at a to see that extending at

will not gain any liberties.) 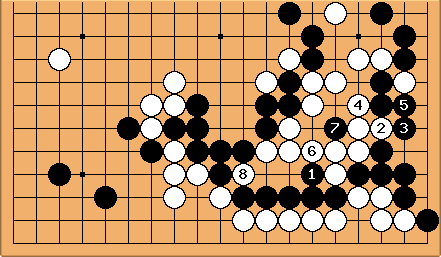 for Black at a. 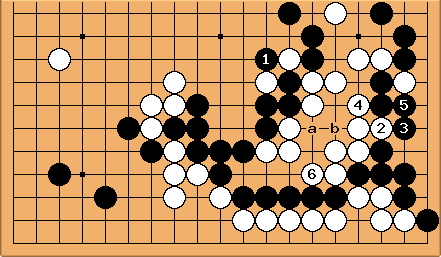 a and b are miai for life 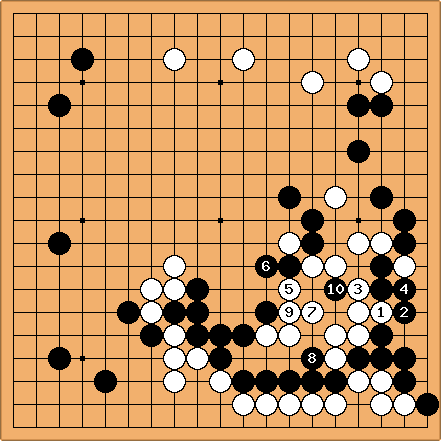 hhw: White can force on the side first... 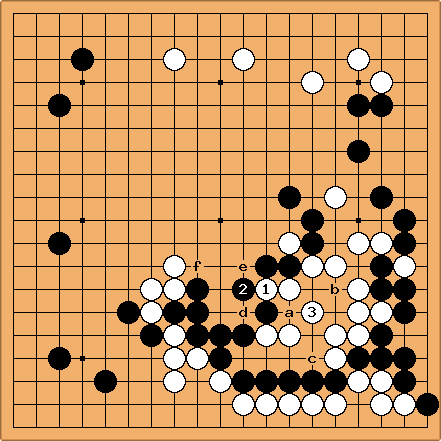 Dave: I like hhw's forcing sequence. However, White should continue once more with

above becomes unnecessary), so

makes b and c miai for life. If Black answers

with d, White will force twice starting with e and then turn at f, capturing Black. 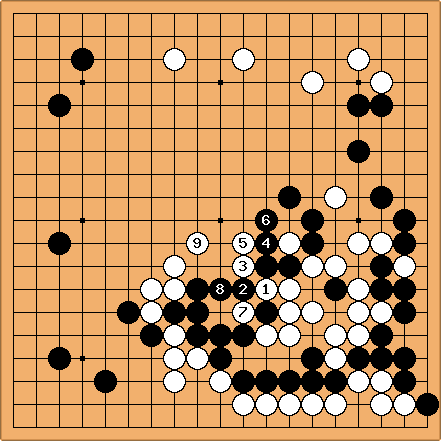 hhw: ...and then enclose the Black group. 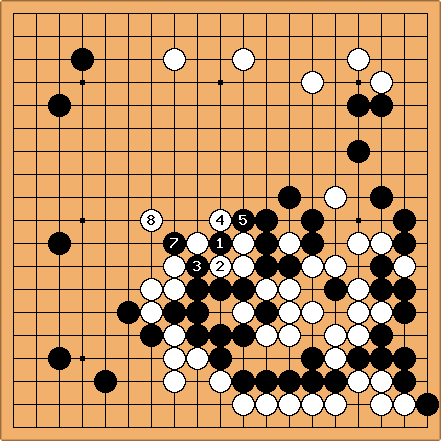 seems to allow White to get both groups out by itself. 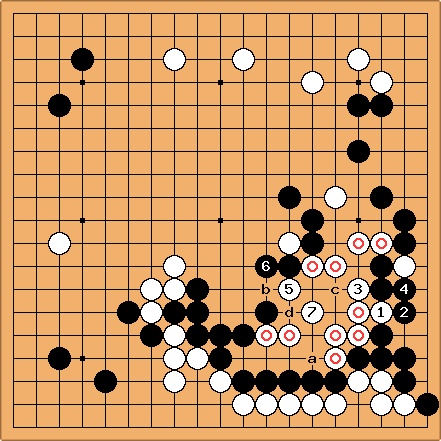 all moves were forced. Now there are several variants. (Basic ideas similar to hhw, but omitting his

, which gives unnecesarry options to Black.)

There are four crucial points left.

After b White lives with d (a and c miai) or a (undestroyable second eye because of snapback).

After c White can live directly with a (undestroyble second eye because of snapback.)

After d White escape, force Black and then wrap up the whole black group with

. As White can make a second eye at a, Black can not win this capturing race. 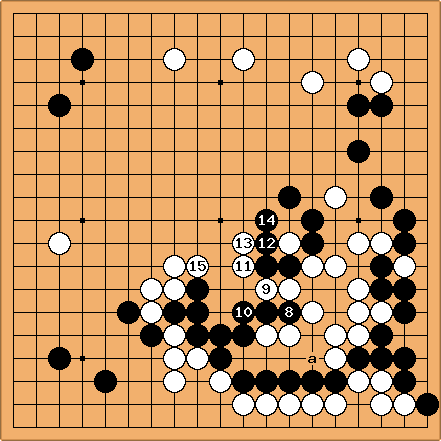 So, Black playing at a is the only line not yet refuted. 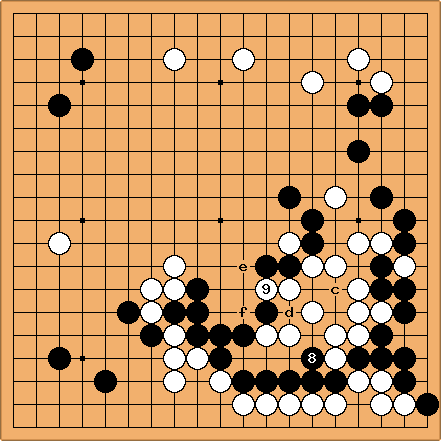 Black has not many options. Keeping White from getting to the outside is the best play, but White can live easily with a play at c (as Black can't play at d).

Black c fails, White can force at e and than capture with an eye at f

Black f is the only possibly resistance. But ends in disaster. 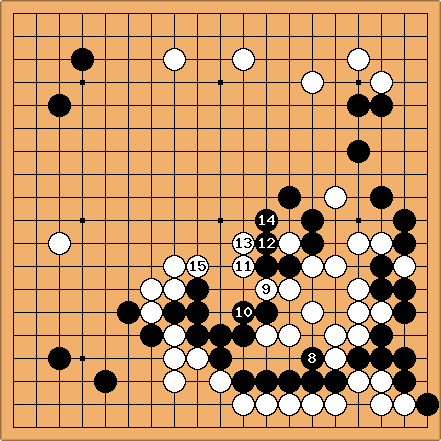 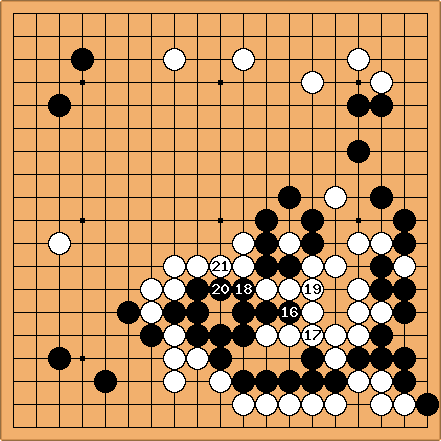