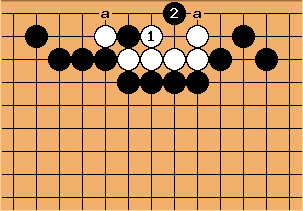 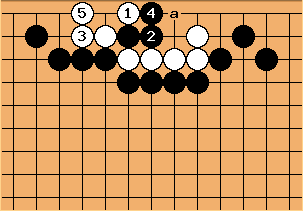 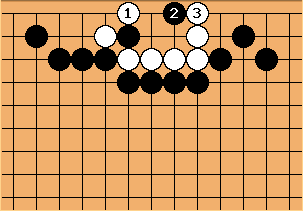 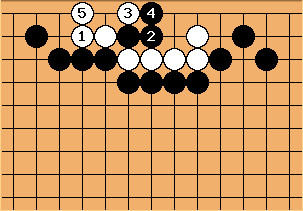 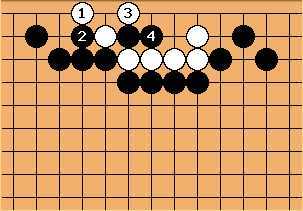 tapir: A lot of failing lines... well I don't know.

Herman: Well, I think you have explored all reasonable lines. So the status is: White is dead.

tapir: Boo hoo hoo... a tsumego without life, it is a very unexpected outcome. I have to work on my wishful reading practice I guess.

Herman: Such a thing can be quite important. I think it may often be better to give problems like this, with just "White to play, status" Instead of "White to play and kill", because not having been given any hints forces you to consider the possibility that there is nothing to get, or that the solution is just a one point endgame gain, or whatever :)

I'll give the full context from the game:

In this position, I had to decide whether playing at a was a viable response to

. I read the following:

exchange. Which is where this tsumego came from :)

was also the actual game)

tapir: You are white or black here? :)