Utrecht Tournament. I lost two games, and won one, to finish at a result of 3 out of 5. I am quite happy with that, because the two loses were not walk overs, although my oponents were stronger. (

I discovered I am particularly bad at ko fights. I use the biggest threats on the smallest ko's, make threats that aren't threats. I think I get too excited when a ko starts. Besides that, I find counting very difficult. The numbers just won't stay in my head.

The second game was a special sensation, because I played against a blind girl. I started to make a notation of the game, but first playing on her board, then on mine and then writing it down completely confused me. Regularly I forgot to push the clock.

I don't have the time now to show some moments. Maybe later.

Utrecht Tournament. I played as 12k, and won two games: giving three stones to a 17k (

sgf) and getting two stones from a 7k (

sgf). I am content, of course, especially about the second game. 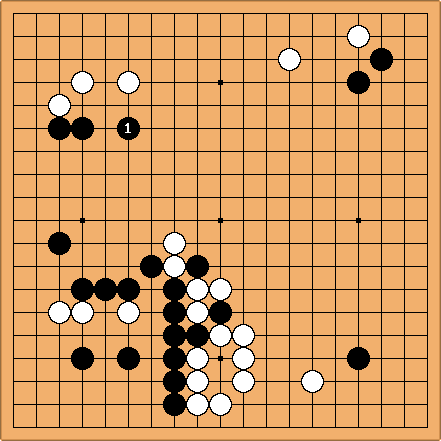 I thought some time about

. Is it the right direction? Or should I have played on the right side?

Andrew Grant: This is fine. You're building up a vast potential territory on the left. If you play on the right side White can play at 1, aiming into Black's area and building up the upper side at the same time. 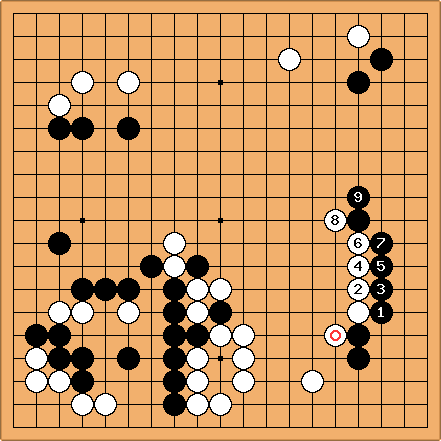 I walk along with White (

). Was this wise to do. White strengthens his center. Is the compensation on the edge enough?

Andrew Grant: Again, this is OK, making even more territory. White's position in the centre looks a bit cramped and inefficient. Two walls like this deserve rather more territory between them than White has actually got. My guess is that White started by playing

- a classic bad move, using thickness to make territory. White should have invaded the right side directly. 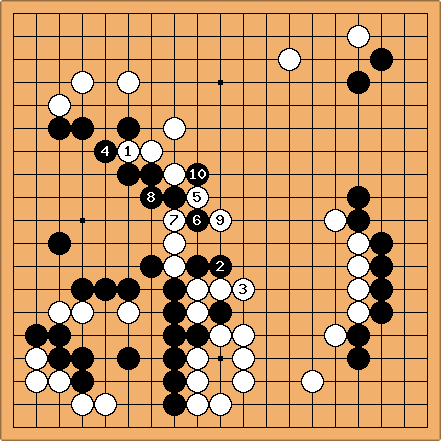 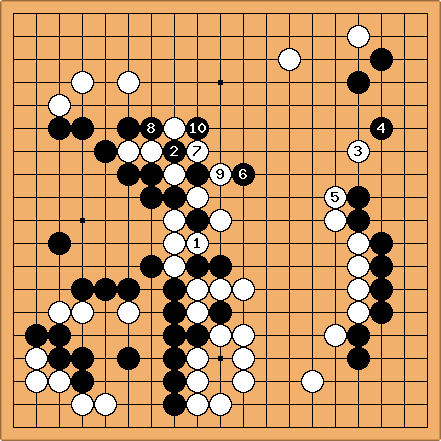 The turning point in the game, I think. Black gets possibilities to enter White's top and center.

unkx80: From the SGF I see this is what happened. 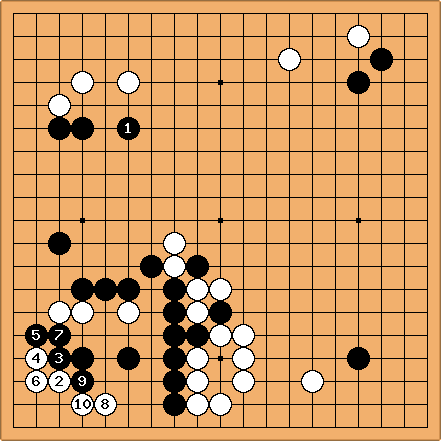 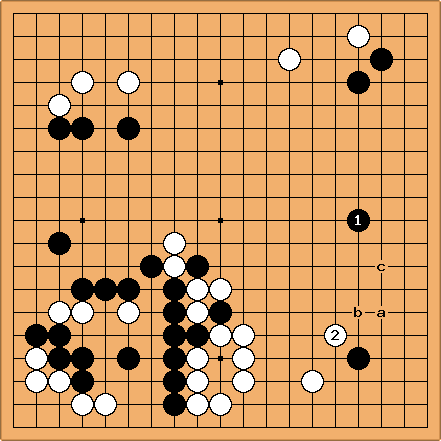 . Notice that how thick white is. So

should not play the san ren sei, black should defend the corner at a. Black b is not so desirable because it invites white c. For

, it is much better for white to do a double kakari at a or b. Then if black tries to run out, he will bump into white's wall, which is advantageous to white.

June 27, 2003: Quite nervous, because tomorrow will start the

tournament of my club. I should fill in my tax forms instead. And sleep of course.