The First Game of DangHu

(Note: The comments are under copyright) 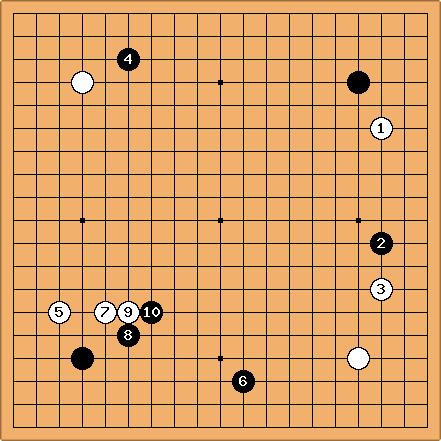 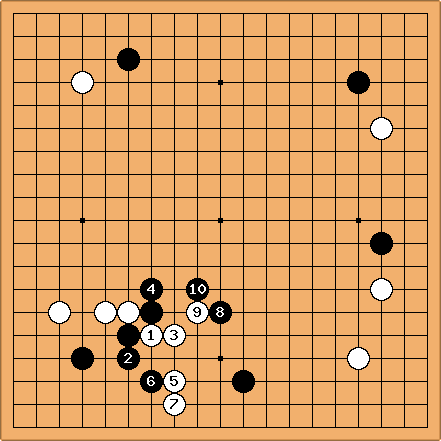 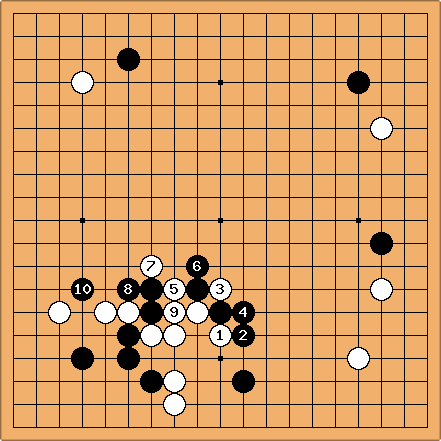 23 to 29: certainly
30: this move is a tesuji which is usully applied to this shape 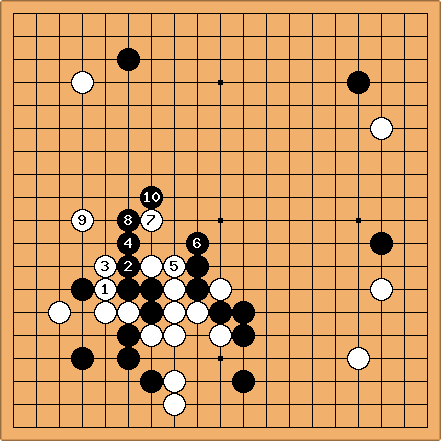 31 to 39: certainly. The fighting sequence which begins with move 18 and ends on move 39 is tight and splendid. 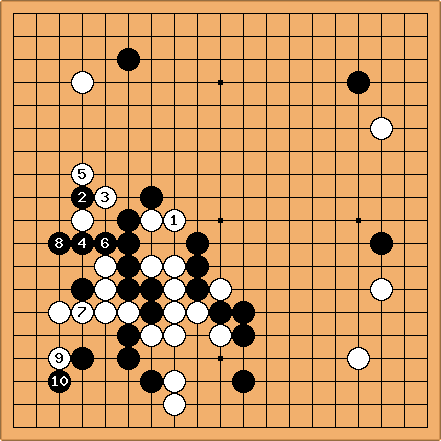 43: the hane of move 43 is suprisingly strong. But judged by the result this move is not only effective but also very severe.
44 to 48: after move 43 both players have hardly any choice but to follow the sequence 44 to 48. 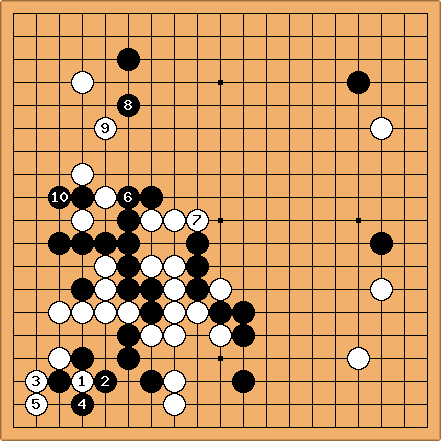 51: 49 then 51 cuts, good
55: up to move 55 white has reinforced his top left side, secured the life of his left group, and later he can invade at f2 to kill black's group. The position favors white very much.
58: If black plays move 58 at g2 to save his group, then white will play f16 to push down the black stone. In such a position black groups are split and attacked. Black simply can't win. Black played move 58 in the hope of reinforcing his single stone then invading white's corner later since he has been behind already. But it seems he can play at f14 and after white d14 he can play g2 to save his group. In this way black is not too short of territory.
59: This move is strong.