I have been reading up on CGT recently, and think the explaination of surreal numbers usually given is obscuring what is going on. Given what they have to say in

http://www.maths.nott.ac.uk/personal/anw/Research/Hack/ there seems to be an even easier way to describe it. And given the audience, I think using a Goban in the description itself is helpful.

First of all, think of a single hackenbush represented number as just a sequence of objects that mean "higher" or "lower". It's just a simple lexical sort over black and white and empty (black=-1,empty=0,white=1). From what I have read elsewhere, this is probably similar to the notation used by Gonshor. The important point is you get a total ordering of these objects using no operators other than "higher (+)", or "lower (-)". And the fact that these objects are totally ordered around "0" with "higher" and "lower" corresponding to 1 and -1 seems to be what gives them their number-like properties. We will use white stone to mean "higher", and black stone to mean "lower", and will read out strings from left to right. 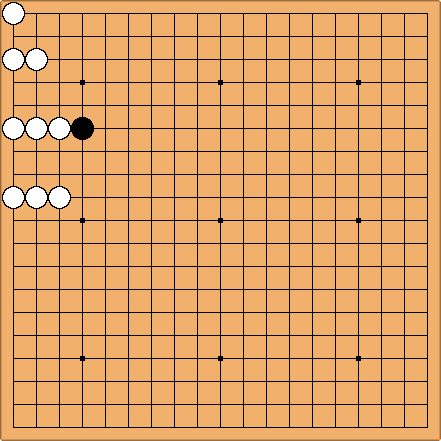 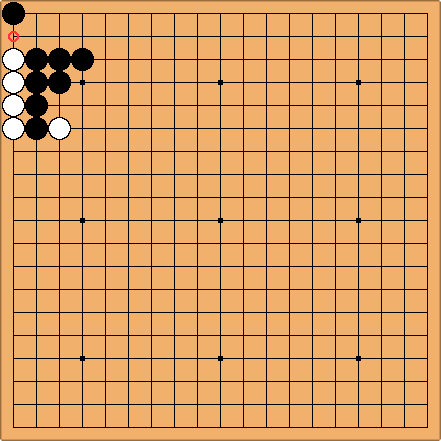 The numbers represented: -1, 0, 1/8, 1/4, 1/2, 3/4 (aka 1/4 + 1/2). All that is going on is that the objects are being ordered. It just so happens that the ordering of these objects is defined so that when you generate a number, it is easy enough to understand its value and relate it to the numbers you already know. 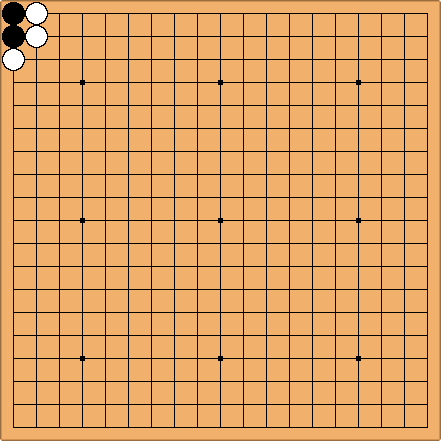 A zero game of hackenstring (taking turns cutting off stones of your own color from the chosen stone to the right). This game has values -1/2 + -1/2 + 1 = 0. The goban explaination of surreal numbers seems a lot more enlightening as a first step than the set notation. 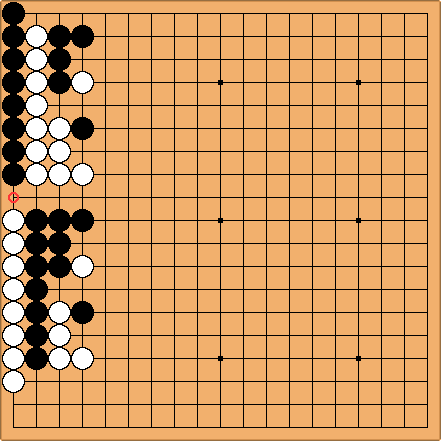 One other interesting thing to note about the hackenstring representation of numbers, is that it seems to make some ideas relating to continuity and infinity seem rather intuitive. For instance, if you consider all hackenstrings of infinite length then it's obvious that if you select any random hackenstring it's preposterously unlikely that you would ever select one with a repeating pattern in the tail (a rational number). so, intuition tells us that transcendental outnumber the rational by an infinite ratio, in spite of the fact that there are clearly an infinite number of rational numbers.

Has anybody clearly formulated the mechanical steps involved in addition/subtraction/multiplication/division of hackenstrings? It seems that you might be able to learn to excel at this "game", only to realize that you have been duped into learning to calculate. :-)

Here's how to do arithmetic on hackenstrings. Note that I'm taking black=positive and white=negative, which is the convention in combinatorial game theory, but opposite to what was used above.