Stringo is a Go variant. It differs from Go in the following aspects: 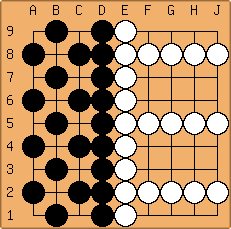