J.M. Robson proved that GO is EXP-time hard by reducing any instance of a certain EXP-time complete problem to a GO position involving a capturing race. In the following you will see how the reduction is done using ladders instead -- this (aesthetic at least) improvement on Robson proof was part of a master thesis "PSPACE vs EXP-time and the game of Go" by "crasmarum".

Consider the following problem: White to move, is the bottom group alive? 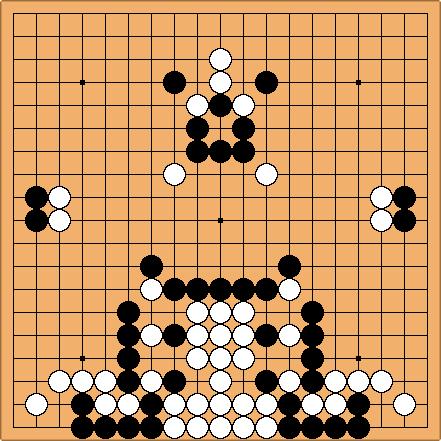 It is relatively easy to see that the only move that makes the group alive is to capture the upper KO. 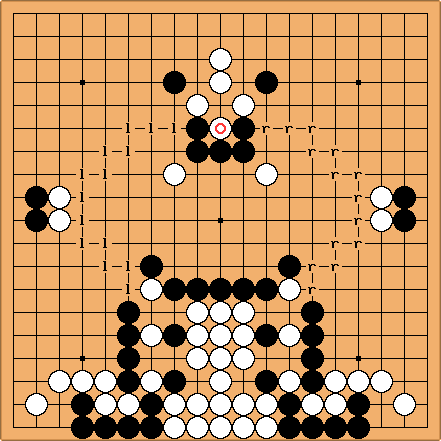 This move will make either the left l ladder or the right r ladder to work for White. Moreover, there is no local KO threat for White nor for Black due to shortage of liberties of some groups. 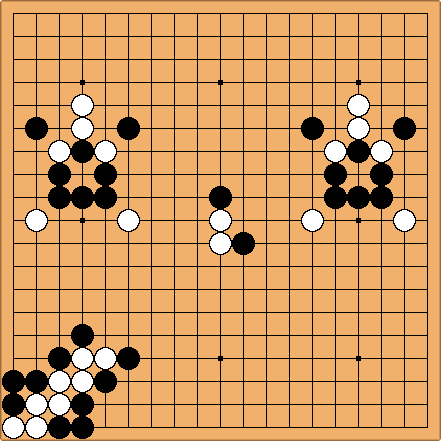 We can see that the ladder coming from the lower left corner either turns to left if Blacks plays a or continues in the same direction if Black plays b. 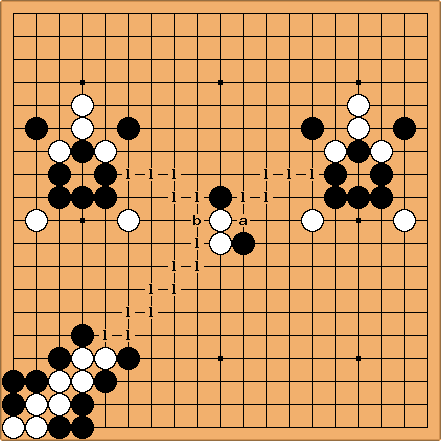 Thus the ladder will work for White if and only if the left KO AND the right KO are won by White.

In the following diagram is White turn to chose the ladder's path: 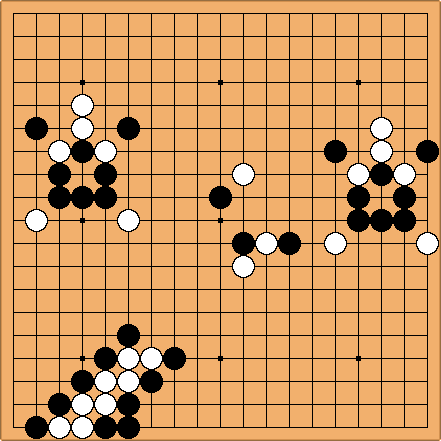 The above ladder works for White only if the left KO OR the right KO is won by White.

Using the above path changing configurations you can create ladders that have as many paths as desired, for example: 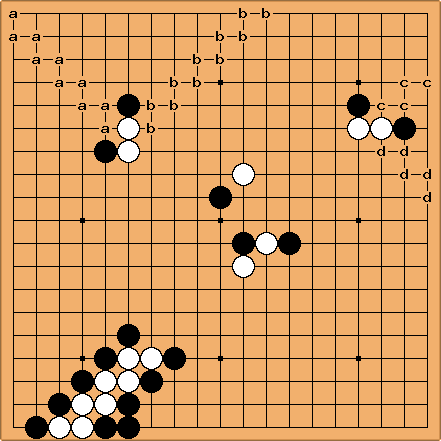 Using the above observations and increasing the board size as much as required, we could modify Position 1 as follows:

If we do as explained, in the obtained position we will have that:

What it remains to be done is the difficult part to show that any EXP-time computation can be reduced to an abstract game with some rules like: