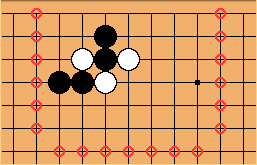 There are two well-known cases for the One-Two-Three principle that occur in this position: White to play here. The choices made in pro games in the rectangle shown, anywhere on the side, reveal a marked preference for applying that concept, when this search is run on a database. 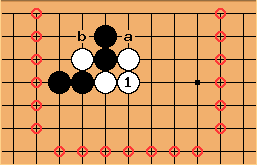 The cases in which

is played, rather than White at a, Black at b, then White at 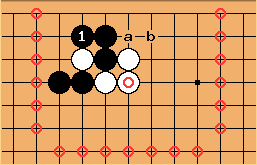 The cases in which

is played immediately, rather than after Black at a, White at b: the preference is about 2:1. 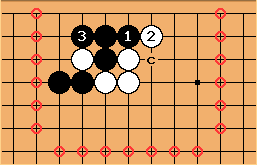 Black can certainly find good reason on occasion to play

this way: that leaves a cutting point at c to target. 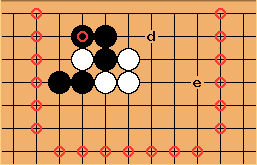 directly, he can argue that this leaves open the way to an endgame play at d (or further). In fact the statistics, though not a very large sample, suggest that Black is more likely to follow with an attack at e. If that is the case, one can see why Black to be consistent should't give White a stone at d, first.