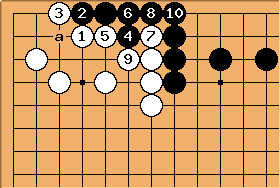 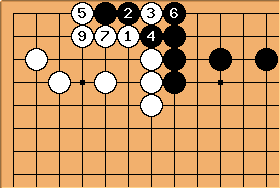 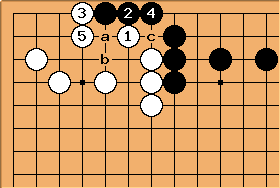 JuhoP: I earlier suggested this. I assumed that black can play Ba, Wb in sente, but then c is white's privilege, giving the same count as the new variation above. Anyway, this problem got me to look at 'The Endgame' again. In a similar situation the book suggested

here, leading to the variation I give above. I suppose the reason is that it's in white's interest not to leave any aji or ko threats, but get the situation played out completely.

JG After Black a and White b, Black c would be atari against

, so a move at c is not necessarily White's privilege. This is a tricky problem! 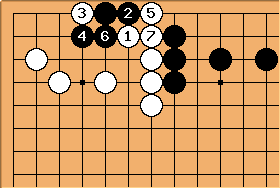 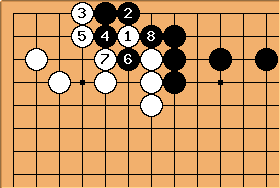 would be gote for black.

Pashley What about this? 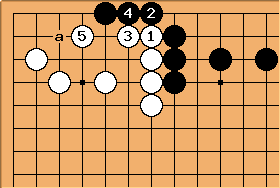 Looks to me like both Black moves are forced.

However, I am not utterly certain Black cannot live in the corner with something like 4 at a. Doesn't look like it to me, but I'd like to hear stronger players' opinions. 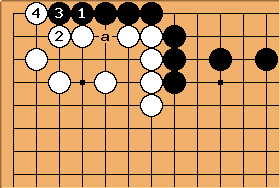 JuhoP After Pashley's sequence, I think black can play this in sente, and then a is white's privilege. This seems to produce the same point count as Fhayashi's sequence, and 2 points less for white than my suggestion. 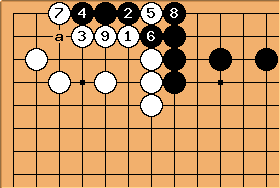 JG This sequence is based on the answer to a similar problem in MonkeyJumpWorkshop.