I played White in this game, giving a 2 stone handicap to the black player. Especially against true beginners, I think it's very easy to overwhelm with advice. So I pointed out the losing move, and where it would be better played. 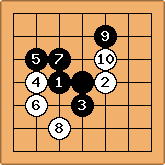 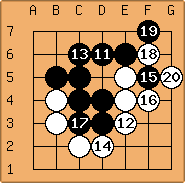 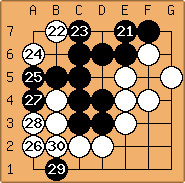 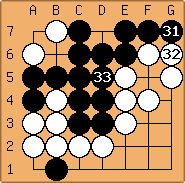 What do you think? After

had been played at

, black had an easy game. There were other mistakes, both before and after, but that's the key split/connect that makes the game.

is a losing move, and thus a fine example for this page.

For true beginners however, I would explain the wrong

So I think the Losing Move isn't necessary the move to discuss to help beginners getting stronger.