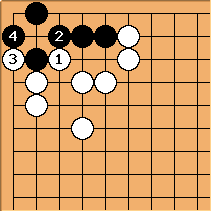 Brent: I think W can make a ko this way. But I'm not sure whether W can kill outright. 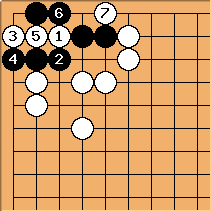 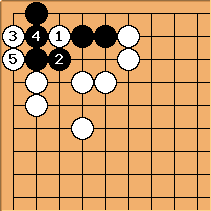 This is clearly worse, there's no possibility of an eye on the side. 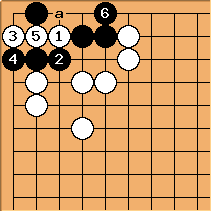 This appears to fail, B has enough liberties to kill the inside stones with a, and it leaves viable eyespace once captured if W plays a. Oh well, failed attempts are allowed here too, right? Now, what else could work...

Alex: You're on the right track. You have all the right moves, just the wrong order. 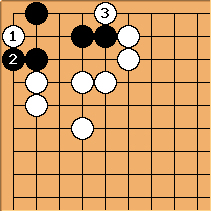 impu1se: Perhaps this. Now black has seems to have problems.

Alex: Yes, that's what I had in mind. I don't think there's any way out of this. Good problem, because the moves aren't hard to find, but many people would get the order wrong in an actual game.