P7A77: I haven't read out every eventuality, but it seems

sets up many possibilities for creating a big-eye shape, cutting the stones apart, bent four in the corner, or forcing connect-and-dies or snapbacks. Aside from that, it just screams "vital point" at me. 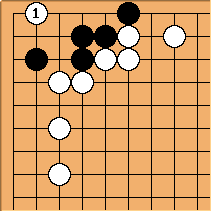 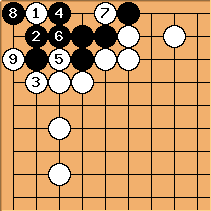 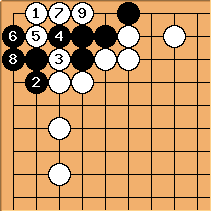 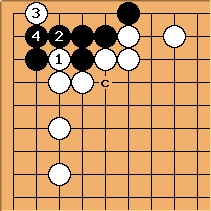 tderz: As you prove below (or Ed?), these variations above are not equal.

According to Go heuristics (proverbs), most players would first try to make the possible eye space smaller,
hence

here (if you go for the bent-4 theme).
If then any other reply than the

here, it is easy to see that 3-in-a-row, even if in the corner, will die.
Then comes your key point (vital point)

as demonstrated by Ed? in diagram [1#1] below.
All other diagrams give too much leeway to Black, e.g. not-dead(ko)-wise or be it liberty-wise (bulky 5).

Speaking of liberties, bent-4 gives Black the most liberties (≈ ∞ ?), because even under Japanese Rules, White had to wait until the end, before claiming the group without ko. If a fight involving the outer white group occurred (a cutting point at c is present), then this is clearly inferior to a solution with normal death (involving finite liberties n).
Hence, one would think Ed?'s diagram [2]ff is the correct solution,
just to realize that (only) sequence [3] assures death and avoids ko [4].

in [2] is also an eye-space reducing move in first instance.

This was my incentive to put across here:

I think this usually holds and at a certain moment you think at both anyway. 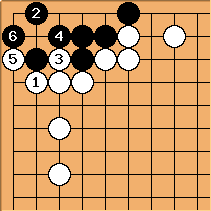 combi of Ed?'s diagram [3](not easy and in that order only) and only gets ko.

Conclusion: This is an exercise for Maeda-kyu players only. (any problem involving bent-4) 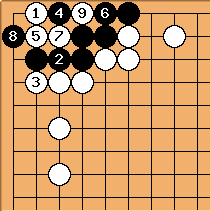 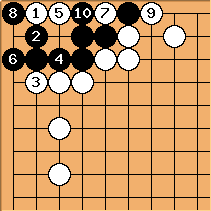 Ed?: In this diagram black is alive in double ko. 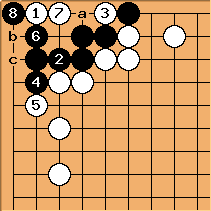 is played at 'a', white 'c' forces seki, white 'b' gives white the choice of seki or ko. 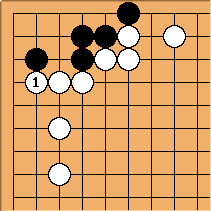 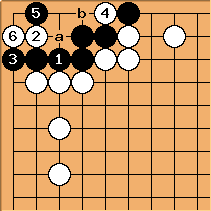 black lives by playing at 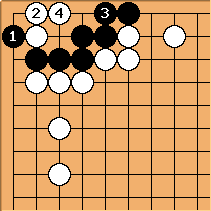 White can create a dead shape 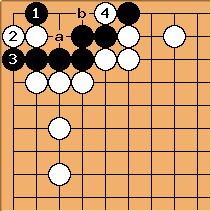 would lead to ko. 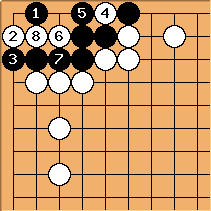 is a simple key point, but easy to be missed. 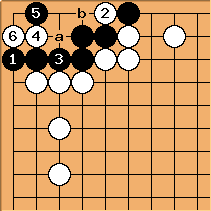 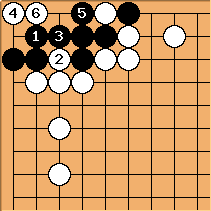 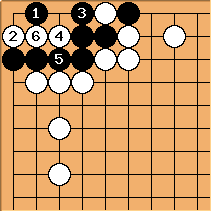 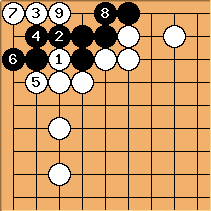 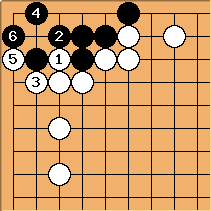