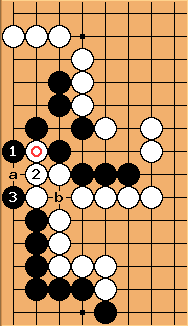 puts White's marked stone in atari, so White backs off with

, White can't play at a as it would be auto-atari (but b is a ko threat). This isn't optimal play by White, though.

LukeNine45: This is how white responded in the actual game, which made me happy. 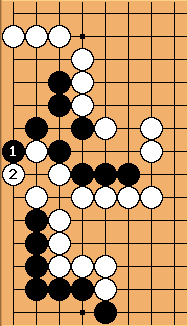 A ko fight ensues. White has to find the first ko threat.

LukeNine45: This is the solution I had in mind. 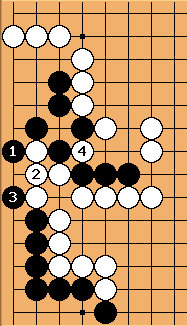 If white can't expect to win the ko fight, she still has the play at 4 for a little more profit later on. This won't work, of course, if white plays and loses the ko. ~Alex Baxter 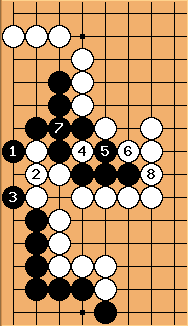 LukeNine45: Does that work? I don't think it should. I know it didn't in the game, but I could have set the problem up wrong...

is quite troubled. If we can assume that White has up to 5 big Ko threats elsewhere, Black can still win. 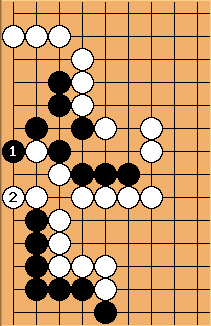 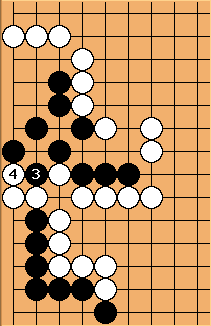 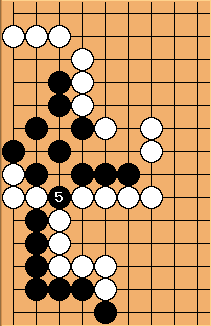 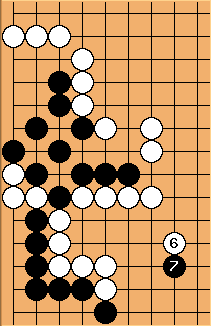 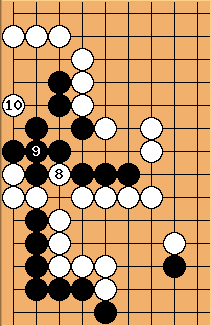 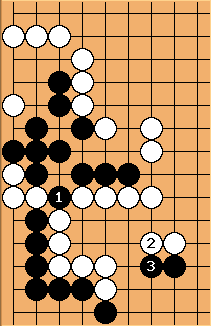 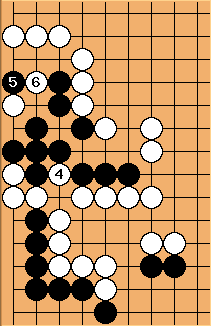 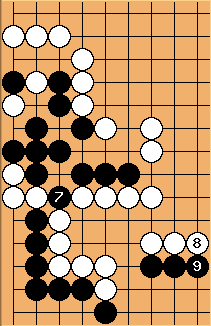 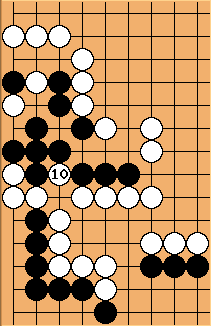 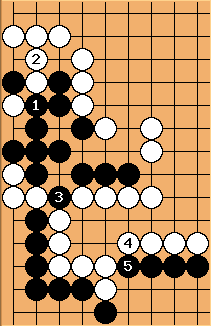 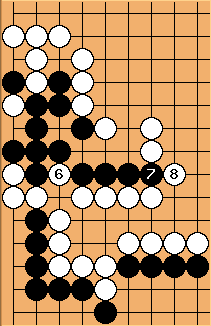 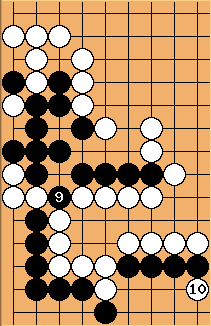 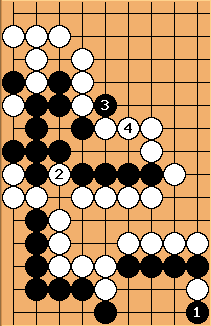 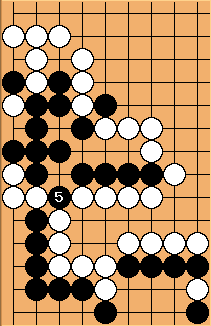 I know this sequence may seem a bit pointless and pedantic... However, the player needs to remember that an unreasonable play isn't always an impossible play. Simple forcing threats can result in endgame points. BEWARE!!!