IngoA: There exists a rather large community of adult fans of LEGO(R)-builders. For instance, thousands of them are organized in German user groups. During the years, also a handful of Go motives have been designed by people who are interested both in Go and LEGO(R). This site shows examples. 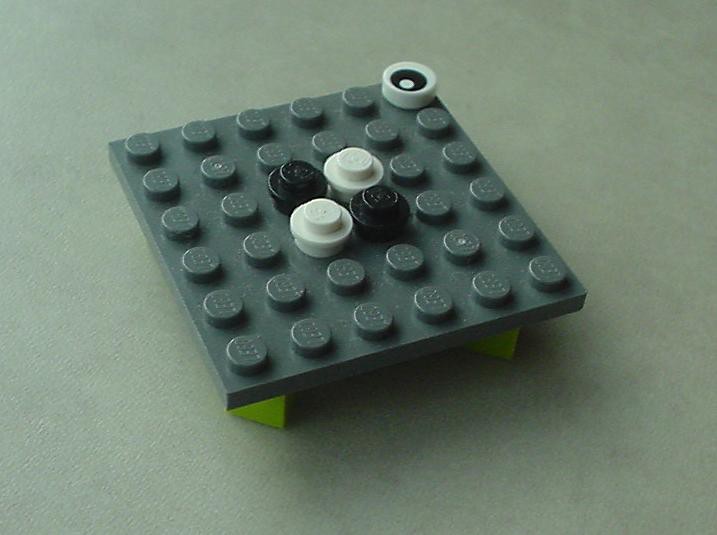 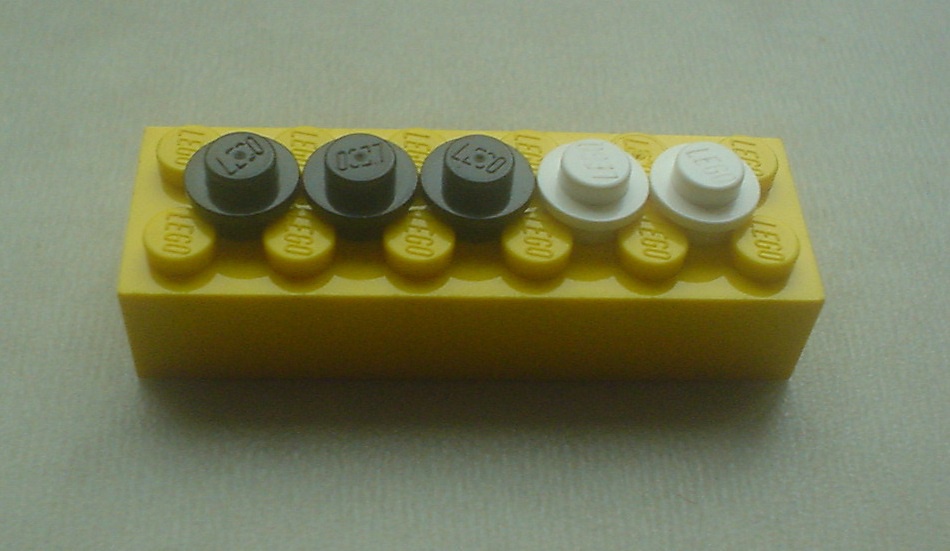 A more filigree LEGO realization (with 18 pieces), beautifully designed by "Seeteddy" from the 1000-Steine LEGO community: 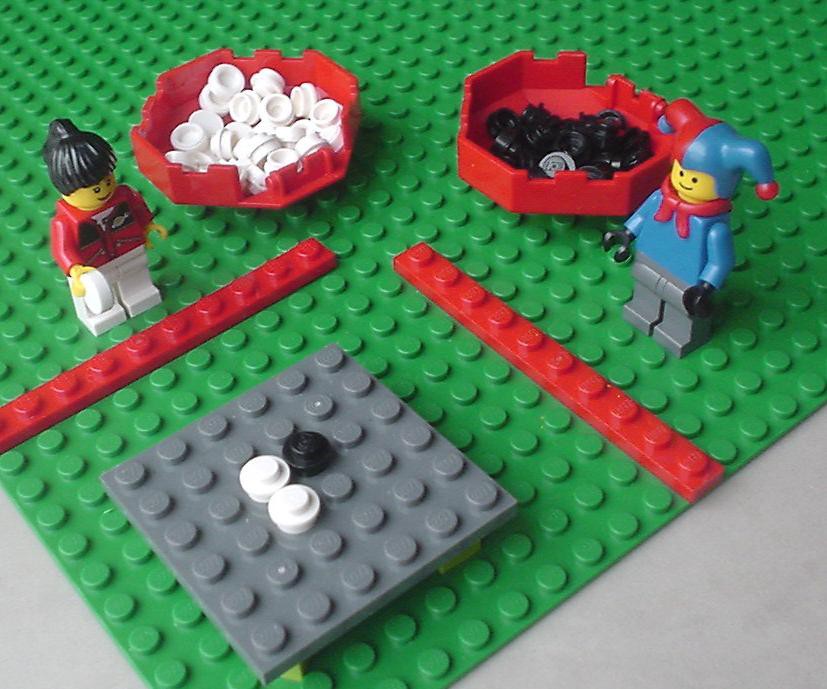