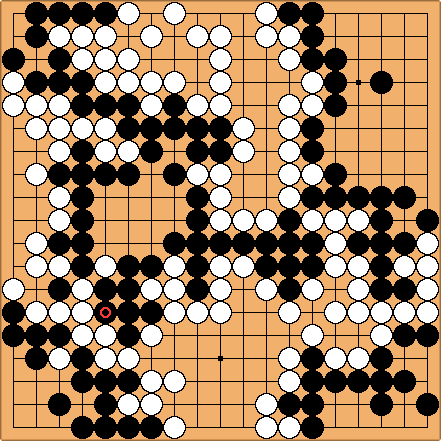 Namii: This situation occurred in a game between two trolls. Slight changes have been made to dramatize the problem more :-) The original game was played by Eiyuu(W) and Lacrimosa(B) on KGS (room Cave).

Black has just played at the marked point. What should white do?