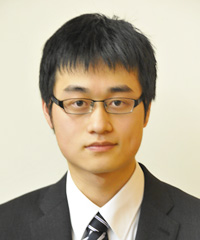 John Power has called him "Byan Wonkei", which might be a Japonified version of his name.

He plays as briskly on Fox.

As of early 2022, he's played just over 200 career games, almost exactly half wins and half losses.

Bian failed to qualify for either the 76th (2021) or 77th Honinbo. In both cases he lost to Kawada Kohei in the group stage.