Remember that in atari go you don't need two eyes to live. One eye is enough as long as it's two spaces or bigger 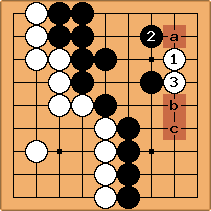 White starts with a daring 3-2 point invasion. Black must play

because if White plays there she has a large enough eye in the corner.

and kills. Black now has 3 ways to resist 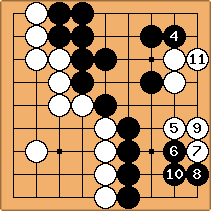 is the weakest resistance. It protects the corner but leaves the side wide open. White jumps and plays hane-tsugi in sente and lives with 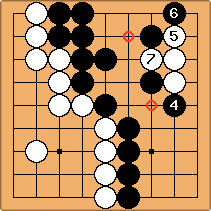 protects the side but leaves to much cutting points. After

are miai and White will capture some stones. 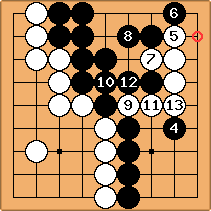 . Note that Black can never play at

so White can play there whenever she wants. 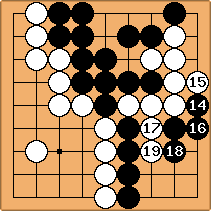 Therefore Black has to play

in an attempt to kill White's group. But after