See also: Under the stones problem 5 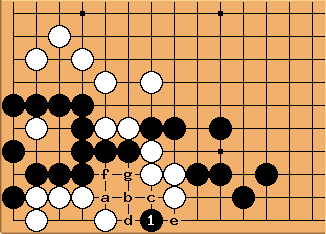 Black starts with the placement

. This is a difficult move to respond to. If white a or b, black will connect out with e. So white must prevent that. If white c, e or any point further to the right, black will play a and at least one of white's eyes will be false. So the only move that both prevents connecting out and prevents a false eye is d.

Note: f and g are miai, if white plays one in response to

, black plays the other. 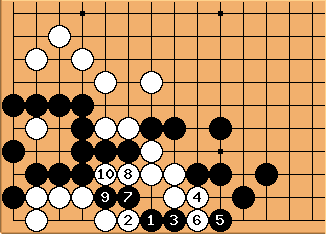 threaten to connect out, while

threaten to make the eye that would be formed by capturing

a false one. So each of black's responses is forced. After 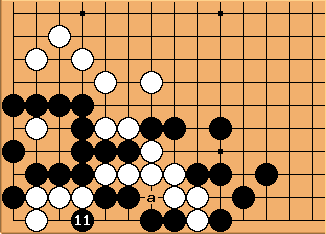 After the capture, white must play a immediately. Other moves will result in white's death due to double damezumari, because white doesn't have many liberties on either side. 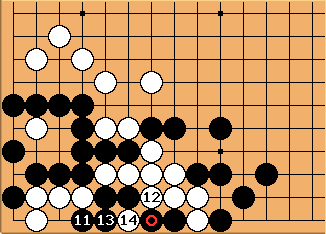 , black sacrifices two stones but can recapture one. 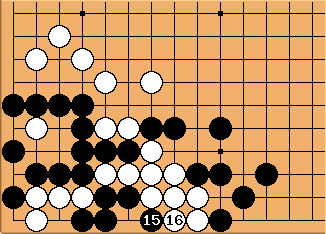 , the situation looks like ko. But black has yet another trick up his sleeve. 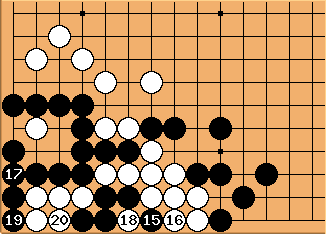 , allowing white to capture the black stones inside. 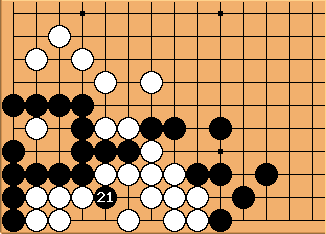 finally finishes white off, capturing under the stones.