Since it is impossible for White to get more than 3 liberties in sente (to fight Black's outside stones) and White cannot make a single eye shape on the inside of the entire Black group... joining to White's circle stone seems to be the only way. 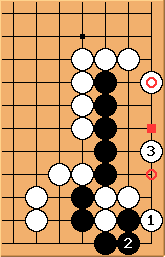 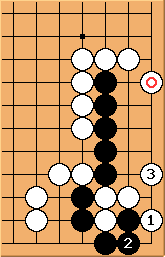 White 1 is sente and will later force Black to join before taking White's liberty in approaching from the corner. 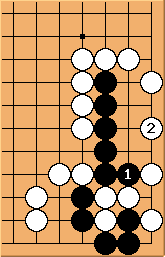 In continuing; Black atari at 1 lets the Black group get an eye. However, White 2 connects out the White stones in the corner. 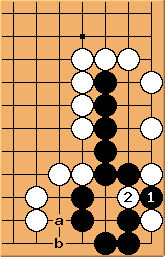 When Black captures, White recaptures and the Black group only has one eye. The places "a" and "b" are miai so Black can't get a second eye. 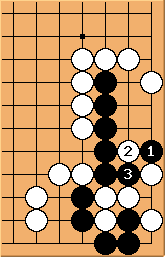 Black 1 aims to cut White off from joining to the outside.

White 2 is the only way to not get completely captured. 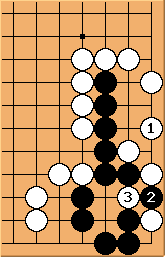 White captures the offending stone and still manages to squeeze the life out of Black. 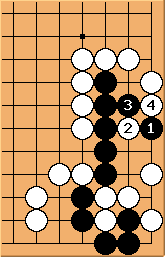 Black 1 aims to cut white off without contact plays.

White 2 slips over the top to threaten connecting and reducing Black's liberties.

Black 3 is forced to prevent the connection.

White 4 is then cuts black in sente 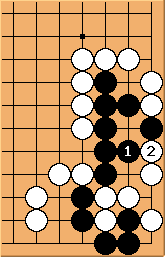 Black 1 is pretty much forced, now White can play 2 and Black can't fill this ko right now due to shortage of liberties. 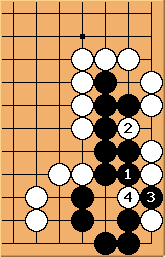 This is a continuation of the possible ko fight. 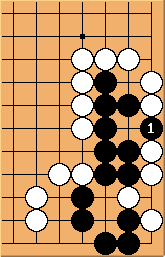 This solution sequence isn't good for White -- Hence; that's why it's in /Attempts