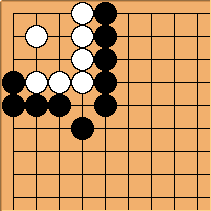 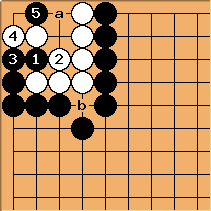 A bit short on time, I immediately played as shown, 'recognizing' a tesuji pattern that I think most SDKs would be familiar with if they regularly do Tsumego problems. Of course, this pattern (common in many Tsumego books) only works if the White group has no outside liberties (such as the one at b). Needless to say, White played a and I felt somewhat embarassed. A moment devoted to reading would have shown that playing

kills the White group but I was seduced by 'pattern recognition'.

MrShin: Wow, I actually got that right! I read

directly? No ko. If

, Black connects and the group is still dead. In your solution, 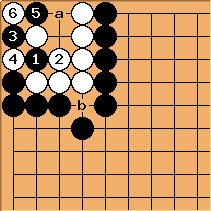 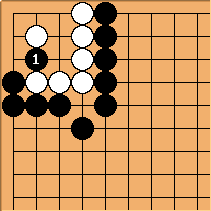 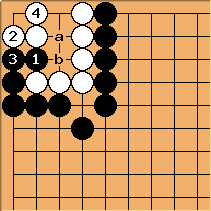 Now a and b are miai for a second eye. (That outside liberty helps)

I now offer an alternative move. Perhaps this shows that tsumego may develop bad habits for some people who haven't been exposed to enough diversfied tsumego. - C0nfuseki 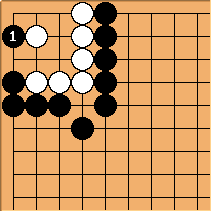