Both of the examples of tewari given on that page seem to have aroused come criticism. I thought this might be a good alternative - it is an example of tewari that I found in an old Go magazine, Monthly Go Review?. 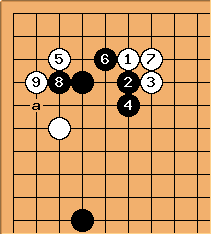 In a discussion of handicap Go, the magazine gives the following variation of a double approach to the star point stone. After White 9, it suggests that the Black position looks natural, but this is wrong. 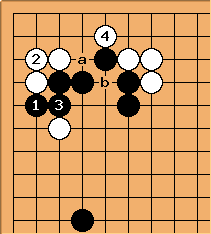 The variation continues to 4. At some point the gap will be closed with White a, Black b, or somthing similar. 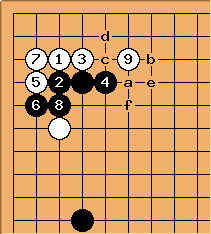 However, the commentry compares it to this 3-3 invasion. The double approach variation is very similar to playing up to White 9 as is standard. In this situation, would Black swap a for b and c for d, and then reply to White e by playing f? No. This result is bad for black, but the resulting position would match the previous result exactly. 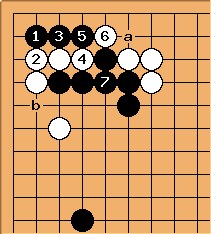 The correct sequence for black is to play

which leaves a and b as miai.