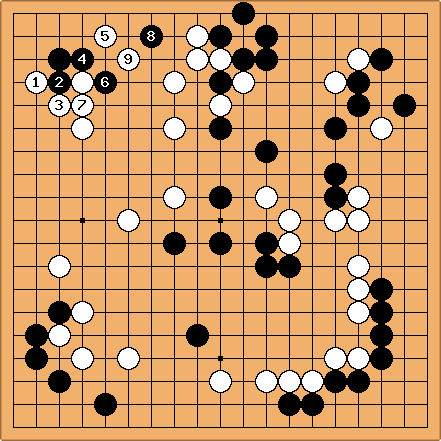 We have had no pro example of actually killing a 3-3 invasion on SL...

I omitted the forcing sequence in the lower right center in between... After

Black has at best an L-shaped group... now he tries to use the aji to break into white area but fails. White win by resign.

Am I right to assume that Mr. Takemiya had read this out when answering the 3-3 invasion, but Mr. Okada had not when he played it?

Timm: I don't think it's possible to ancitipate

but I'm just 5k and maybe I'm wrong. Anyway, the sequence in the corner was just probing.

tapir: Imo this is a witty misuse of terminology. A probe implies you have a good & reasonable line of play for each of the possible replies. We are probably all guilty of this when it comes to overuse of terms like aji, but here probe seems clearly misplaced to me.

Kyulearner: Just a kyu thought but moves 2 to 8 are not what a pro wanting to invade a 3-3 would play. Also, the outcome of this whole exchange is W playing around 10 stones within his framework and taking around 10 of B stones, so the net effect is invasion from

, in sente. My take is that all the moves in the corner is to force

, so that Okada can gain sente. 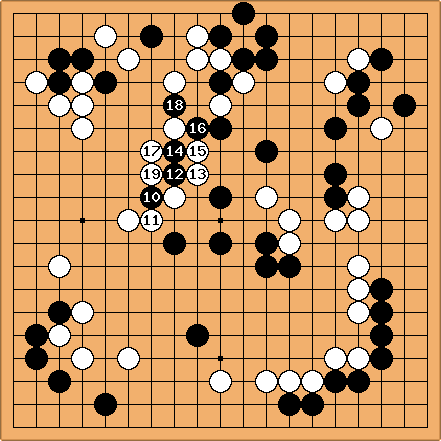 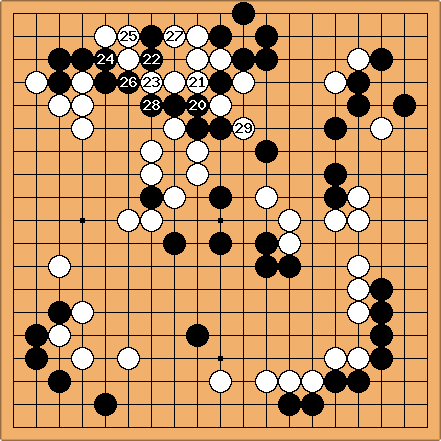 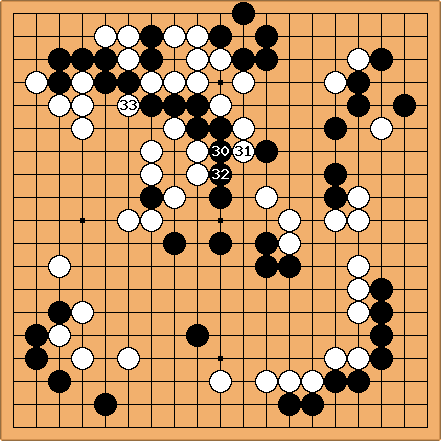