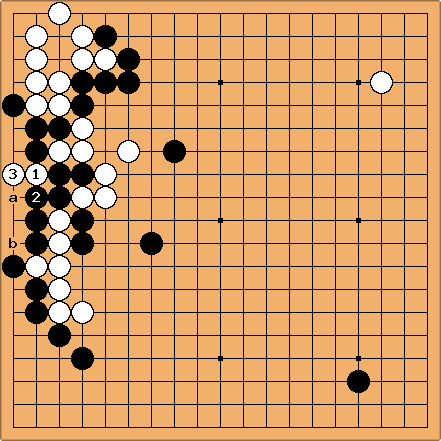 The main point of this problem is to identify the aji remaining on the left side. After White 3, Black could play at a or b. 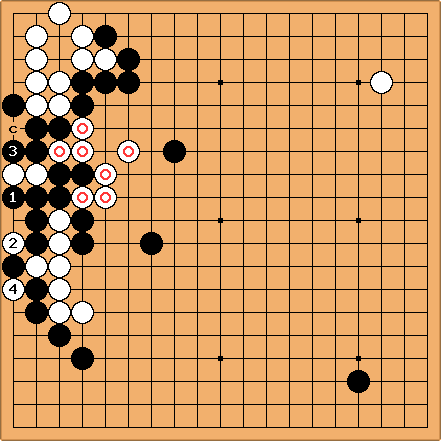 If Black plays 1 this way, White 2 breaks through on the left side by using snapback. This will be possible for Black only if he can win or exploit a capturing race between the side group, now with just one eye, and White's marked centre group. Black has some chance of resistance here, because White will have to fight a ko at c to capture Black. On the other hand Black has already suffered a loss when White plays 4. 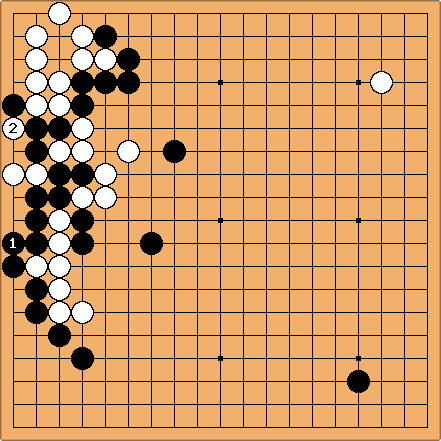 Therefore if White immediately plays out the aji, Black probably will concede the capture above (as the solvers suggested). In this diagram White seems to need two plays, one above and one below. 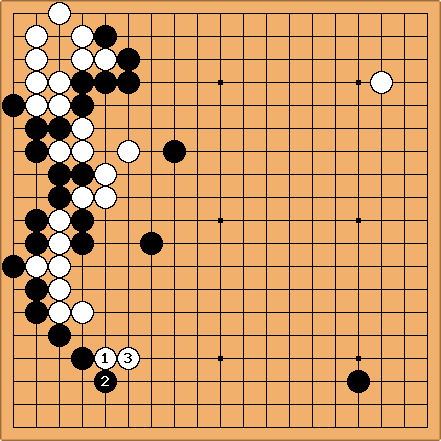 This is the suggested solution: White plays 1 and 3 first, to strengthen the lower group. (This idea has only a 3d warranty, not the 6d warranty on the other solutions in this set.) 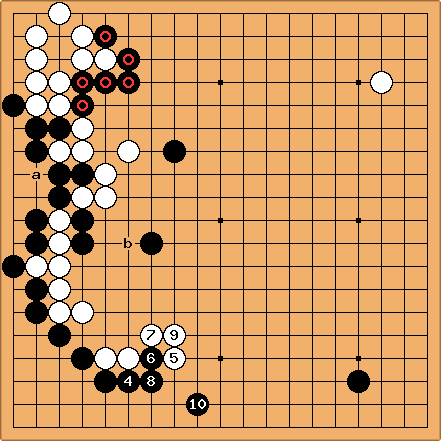 After these further plays, White can go back to a to settle the upper group. If Black b to cut in the centre, White's idea is to treat the lower group lightly and attack Black's marked upper group instead. 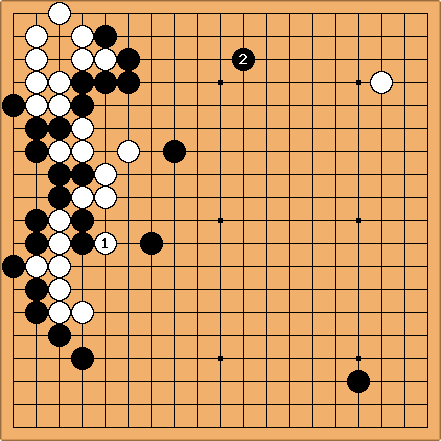 White 1 here can't be called a bad play, but Black can simply settle the upper group. The aji on the left side remains, but White might prefer to induce a situation where she uses it.