To invade the opponent's territory quite near the end of the game, with no particular plan, but with the hope that the invasion works or that the opponent makes a mistake. 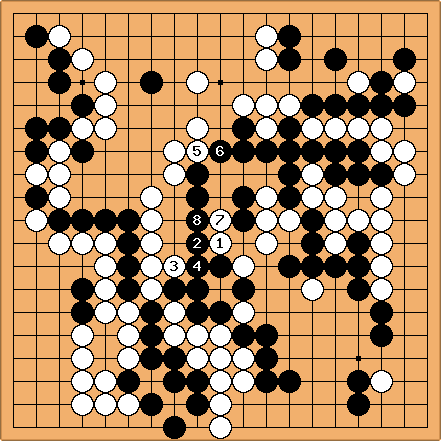 emeraldemon: This sequence came from a game I just played on KGS. The plays at

didn't accomplish anything and since

would have to be played eventually anyway, they lost points. If

it could have made a reasonable reduction. Black won this game by 4.5, so that may very well have been the losing sequence.