Looking through GoGoD (version medio 2005, 32.000 games), here are the first ten moves of the oldest SanRenSei games I could find. 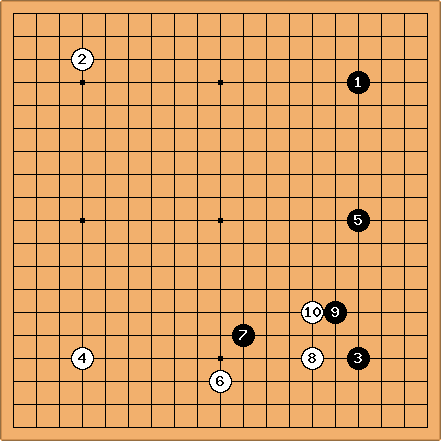 Interestingly, Kitani Minoru, often considered the most influencial of the shin fuseki players, is seen in this first san-ren-sei game as the opponent of the san-ren-sei player - although Kitani's remarks noted at shin fuseki seem to indicate that it might also be that this game's players have been reversed.

in my feeling are typical for the shin fuseki way of play. 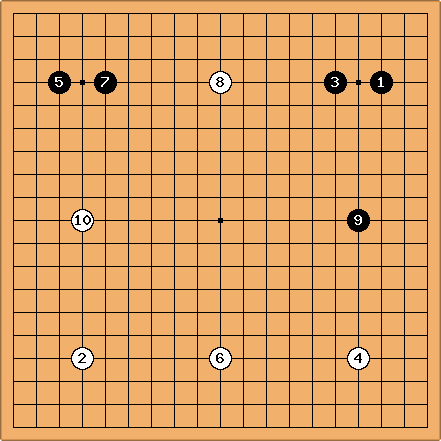 Still, Kitani himself of course also played san-ren-sei, here even with white 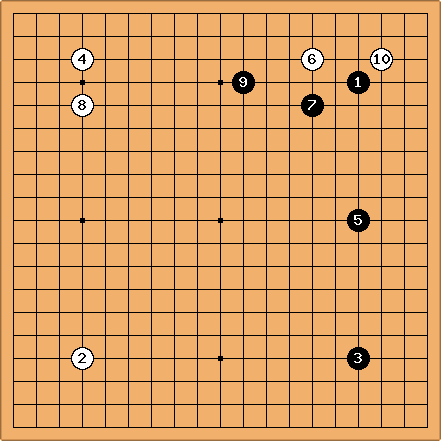 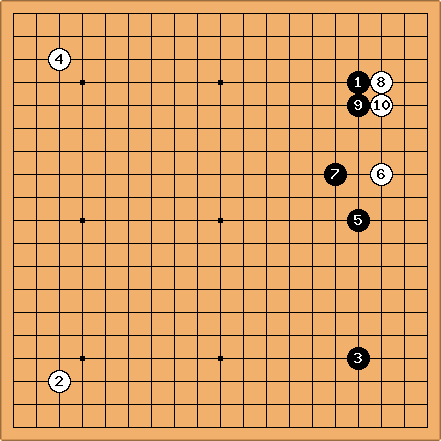 It seems remarkable that Kitani would be appearing in all these early games, but this is probably a sampling effect: Many games of this age are either not kept at all, or hard to find. The exception are the games of players strong enough to have complete game collections, like Kitani, Go Seigen and Honinbo Shusai.

The early invasion of

is rather remarkable, as are the following moves, black being more interested in building a wall than in attacking white's group or keeping it small, as I would expect a 'modern' player to do. 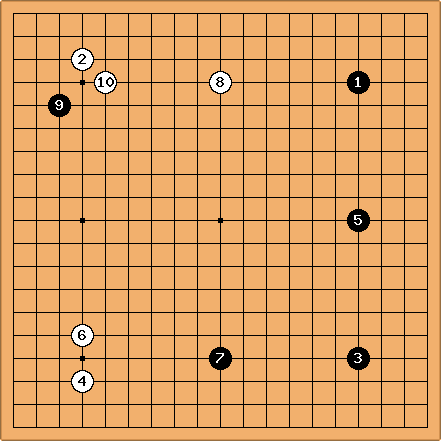 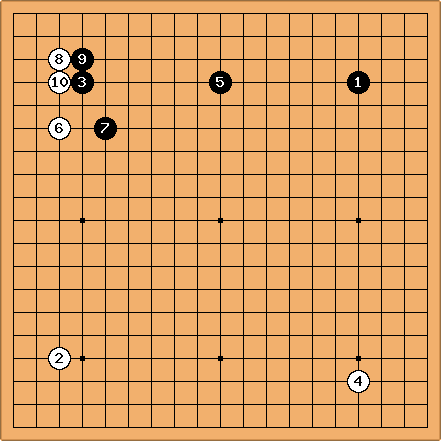 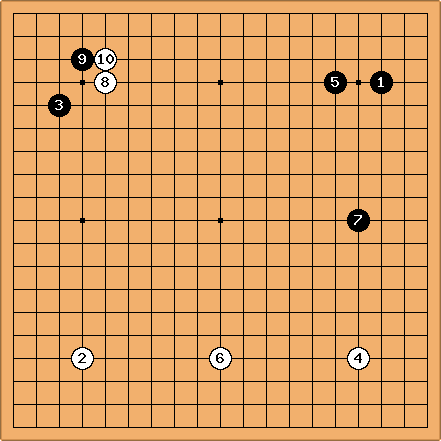