I propose to classify opening patterns (fuseki) according to the first four moves, assuming they are either star points or 3-4 points. That already makes for ~70 different distributions, including symmetry. Usually, openings are classified from Black's perspective, as Black has the initiative. We usually don't differentiate White's choices to play 4-4 or 3-4 and so we can simplify the classification by assuming two white star points. 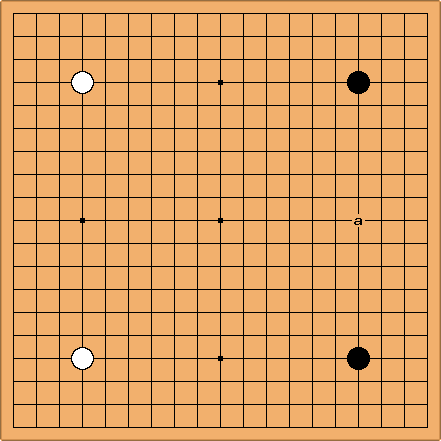 Parallel star point opening?, which can lead into the san ren sei opening? at a. 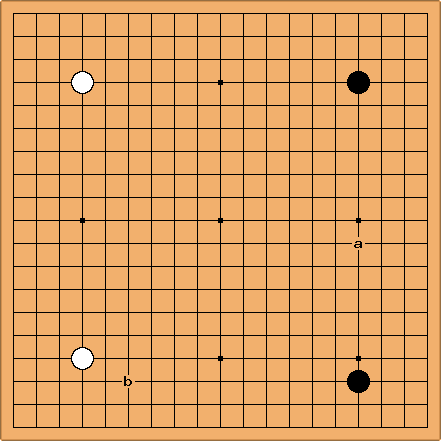 This leads to the Chinese opening, a or the Kobayashi opening, b. 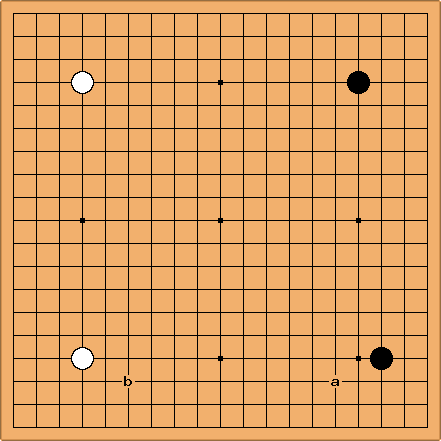 This can lead into the orthodox opening?, a, or the small Chinese opening, b. 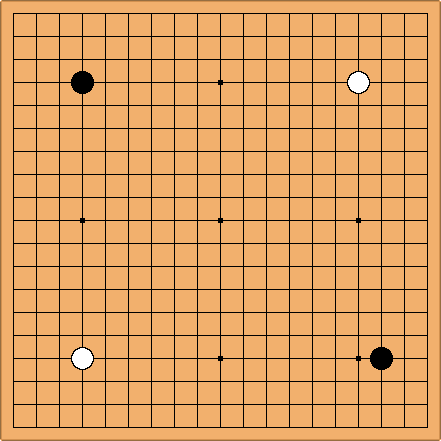 Due to symmetry, there's only one diagonal pattern with one 3-4 stone. 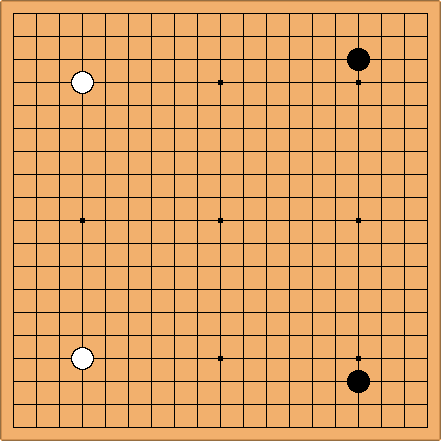 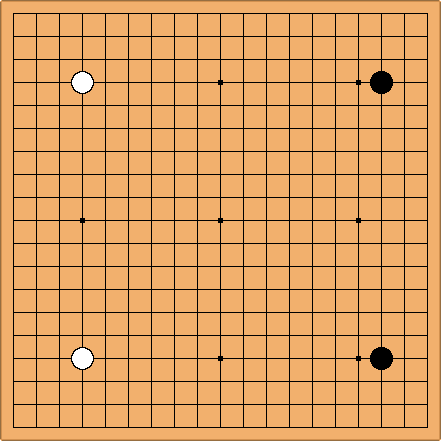 (to be explored as it looks very awkward and rare) 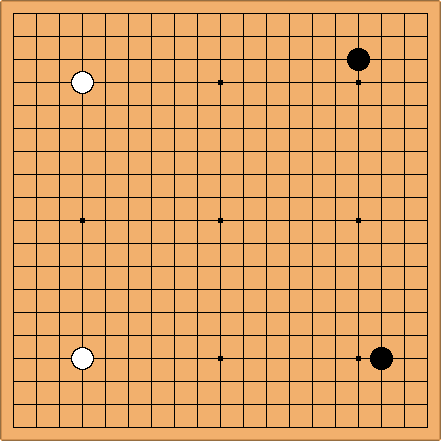 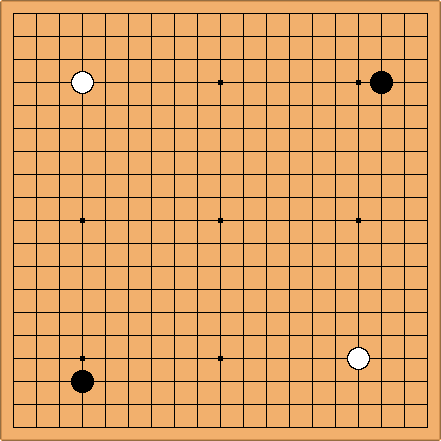 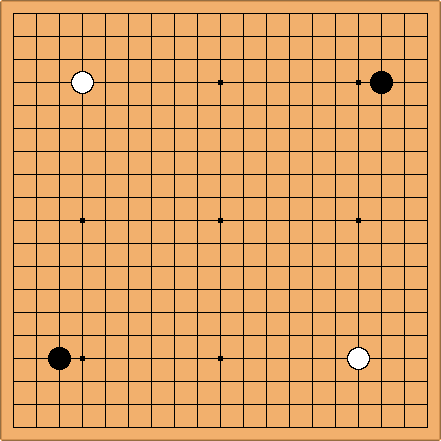