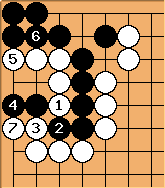 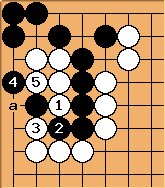 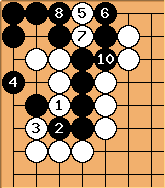 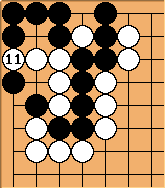 ThorAvaTahr: outside looks very weak now, perhaps there is a better way...

SimpleTom?: this is the given solution in the book, I think.

SimpleTom?: I was wondering what would happen, if Black played 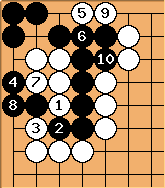 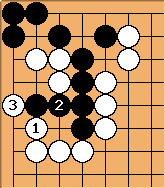 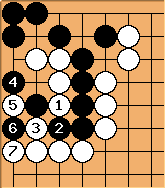 thanatos13: The black group isn't killable, but it's better. There are a lot more ko threats.

Herman: Actually, Thoravatahr's second attempt above looks correct to me, and kills black.