This page is supposed to give an example of how to use the "fall back and secure" technique, which was descibed in Cosmic Game. It is taken from one of my own weak games, so there might be lots of mistakes. Feel free to name any! 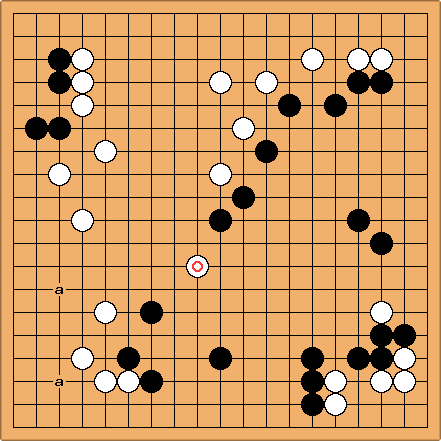 Black wants to ensure his massive moyo on the right. Note, there is plenty of bad aji at a, which might be exploited later. 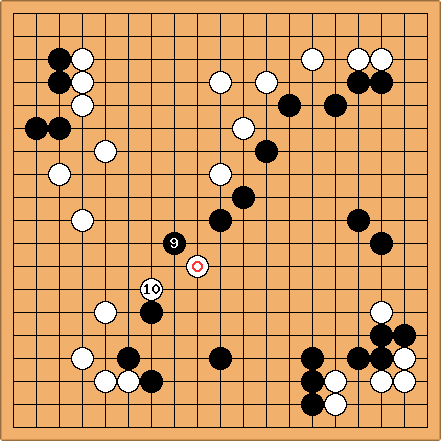 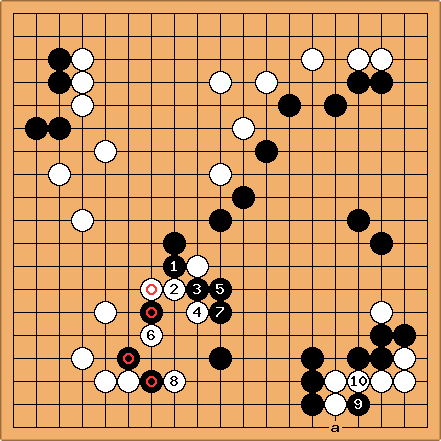 stones lightly, in order to settle the lower left corner in sente.

SnotNose: I recently learned that the shape in the lower right can turn ko with a black move at a instead of 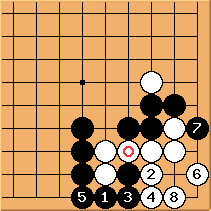 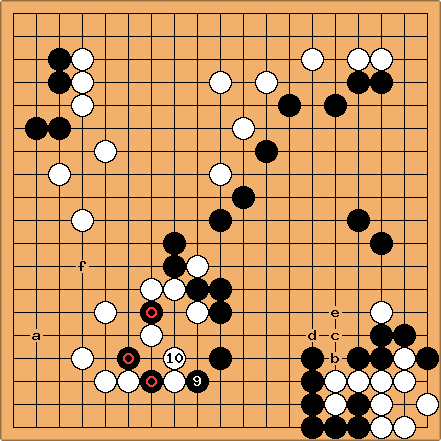 After ensuring some more territory with

, Black decided to play a submarine move at a, using the aji of

and the threat to connect somewhere around f.

With the presence of

and inside of Black's territory (there is no need to call it a moyo anymore!), the cut starting with a white move at b is not frightening.