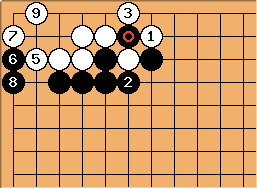 Looks alive to me... if White has sente, should it go like this? Where 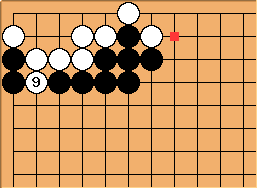 ? Do you mean fills the ko? What about 9 here? Also, is it possible to extend from

while retaining the corner (S)? I realize that it is not important to the status of the group at this point but... 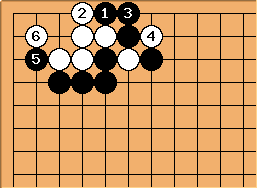 If it's Black's turn to play, it turns out like this? With White alive once again? 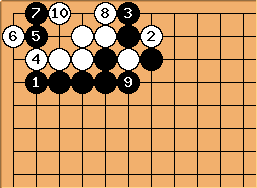 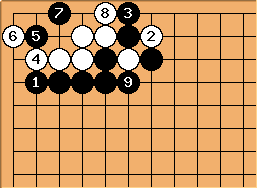 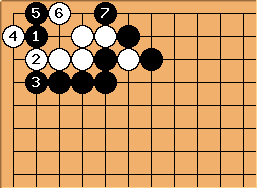 Dieter: This doesn't prove it is dead, but that it is killable. Is it dead already or unsettled? If so, White can live in ko or live? 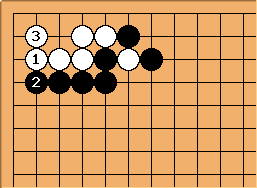 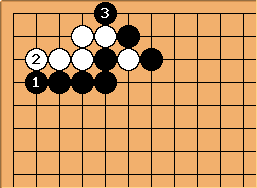 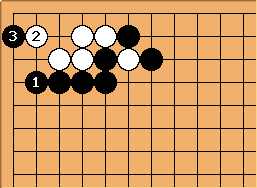 doesn't work. Here is one way for Black to kill. There are others. 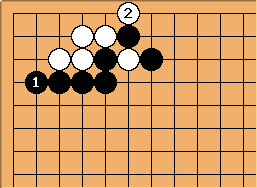 kills. So this is another problem. After the solution to the original problem is settled, this one could be moved to its own page. 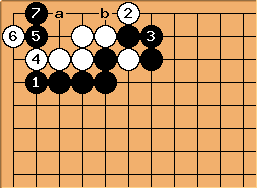 kills "unconditionally". What I am not too sure is, what if

. I thought it should be a ko.

SnotNose: a and b are miai for the kill. 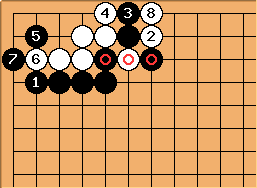 yields a ko). If Black insists on going for a kill, he will have to ignore

right away). Thus, Black can try for the kill with

. Continuation in next diagram. 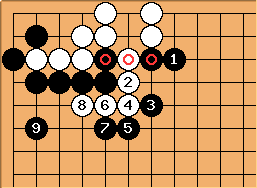 SnotNose: Unfortuneately, Black cannot chase White all the way to the edge because he is short of liberties. I think the best Black can do is jump out with

and fight on the outside. Black is full of cutting points so I think White can break out.

I believe this is the only chance for a kill. Since it fails, White should be at worst alive in ko. Here's one way for ko. 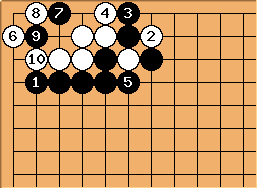 is a good move and almost makes a living shape.

are all forced. Any deviation from these lets White live (I think) unconditionally. 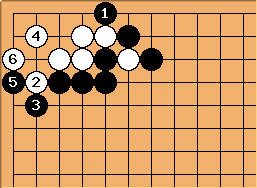 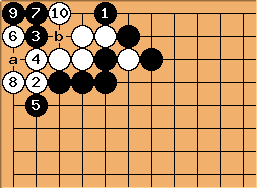 SnotNose: Black a, white squeeze at b. No ko this way. 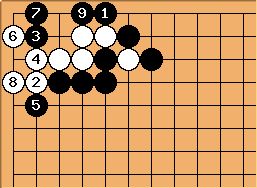 togo: When getting this far, 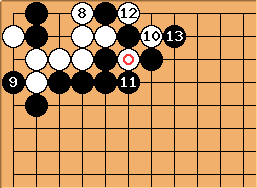 togo: ... but White can force a ko on the right side with 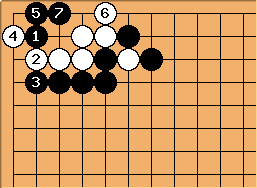 GustavoBR: i think this is what should happen... please, post your comments =D

El Draco: I think this belongs in the attempts page. The problem asks for the status with both players to move. Also see the page history for what has already been posted on this page (by Floris) and is essentially the same as you entered. 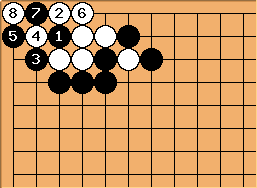 I'm new to this, but I think white is dead. please post your comments. 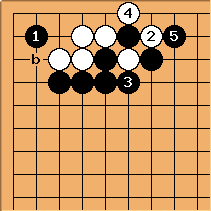 Schinkenjoe If the ladder doesn´t work black can - depending on the situation to the left - just secure at b or - if there is much white to the left - work up to the ko. 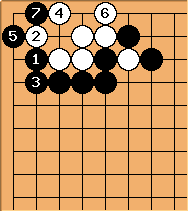 But only if Black plays weak. 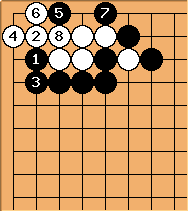 There is a defence P.S: Sorry I overlooked the attempts page. So we got it twice