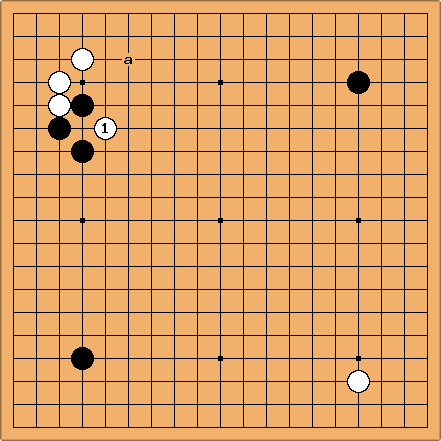 here isn't the most common joseki continuation (at a) but that doesn't mean it can be criticised. 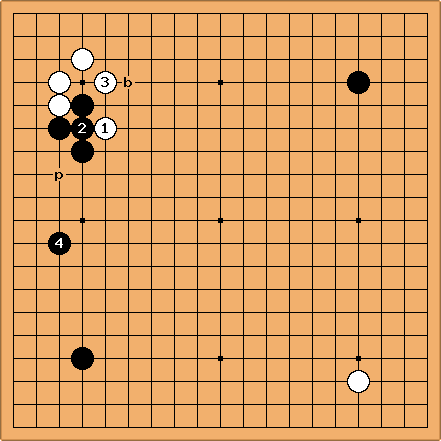 as shown here, White has less chance of a good invasion at p later than in the standard joseki. But with a black 4-4 point in the lower left this isn't such a major issue. White can perhaps build on a larger scale on the upper side, since

is on the fourth line: it could also be played at b. 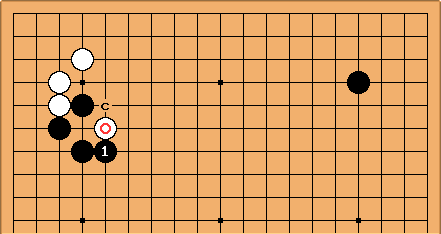 After White peeps with

, Black can also resist by playing

here (Black at c is also known but quite rare in pro games)[1].

This can lead into a large-scale variation (see pushing battles in joseki 2). But there is no reason for White to regret the peep.

[1] It involves a ladder, since White could cut immediately and Black can't squeeze as is possible after

in the diagram. Therefore this may be a case for the Ladder strategy / Discussion. In the game position the ladder is good for White, because on the stone in the lower right.