This page deals with an invasion, which might appear even in an early stage of the game. It is especially likely in high handicap games. 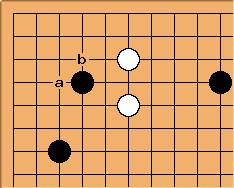 White was able to attack a 4473 enclosure with an ikken tobi and is faced with the question how to invade. He might boldly come in at a, or he might opt for the more quiet b.

b might be the "natural" choice of an intermediate player, but a was suggested by Takagawa Kaku, in a German book. (Band 16 der Schriftreihe des Deutschen Go-Bundes), 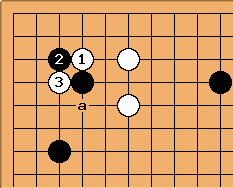 This crosscut is an important position, which can be reached by both invasions. White might as well start with

after the hane at 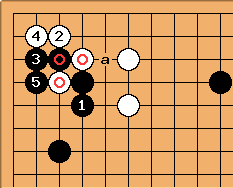 If Black stretches at

, White might choose the following sequence to settle his stones. However, he still needs to protect the gap at a, so Black will get sente. 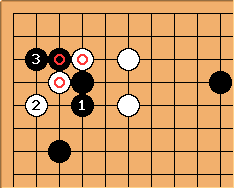 White is unlikely to get a better result from the crosscut, as this diagram indicates. On the other hand, Black is unlikely to improve on the stretch too. 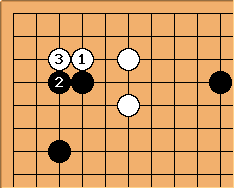 It seems like White will be able to settle his stones even easier than in the crosscut variation. 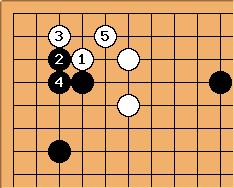 White has settled his shape, but it does not look like a success to me. Warning: We still need the comment of a strong player on this variation! Both players are likely to accept the crosscut when the light invasion is played. 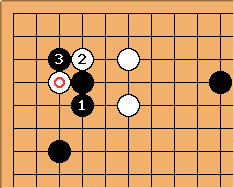 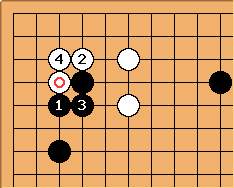 , we have reached a special variation of the crosscut, but Black has already choosen the inferior atari instead of the stretch. 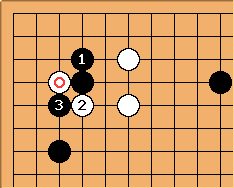 At least, Black seems to have this possibility to achieve a different crosscut, which might cause some problems. 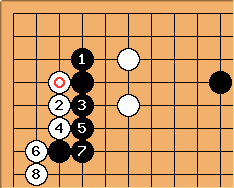 Maybe this works, but the ikken tobi is under attack now, so White will not be too happy.

What does White gain from offering Black this disturbing alternative option? b2) white alternative 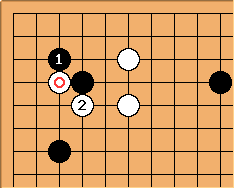 A) Takagawa Kaku presents the following position in a chapter about "How to answer a boshi":

should be at a, in order to prevent

, after which he sees the black stone in the corner in a difficult situation. He does not mention a move at b.

is a splitting attack. If Black had played

at a, he could easily respond to

with a play to secure the corner.

If Black moves out to the other side,

does not affect the left-hand corner as much as

in Takagawa's diagram did. The left-hand corner is more stable, and

is further away from it than 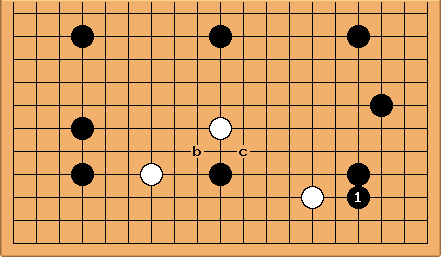 A very similar problem was found in Pro common sense that even amateurs can acquire, which recommended

. The reasoning was that moving out to the left or right (b or c, say) are approximately miai and so can be left for now; by playing

above can be avoided. Of course, Takagawa's comments on how to move out after a boshi are noteworthy, but we still have no clue why he opts for the deep invasion! 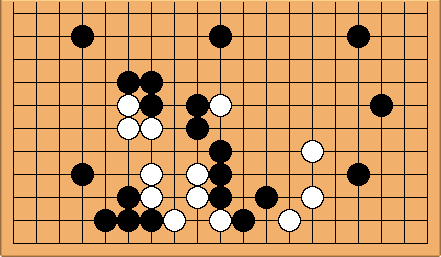 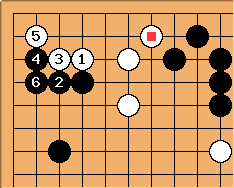 This sequence is a success for White. He started out with a group of weak stones which are now living with territory.

is on a point that adds to White's good shape here; and White has sente.

The light invasion seemed to be okay. Black should have played

, leading to the mentioned crosscut.