Path: <= Introduction to Life and Death =>
Sub-page of IntroExercise4

This shape is called the twisted four, and it's alive. White doesn't need to play anything here. 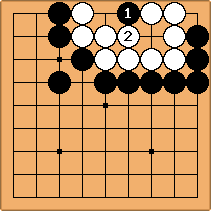 and has two eyes. The stone inside white's eye can't do anything: white can capture it at any time. 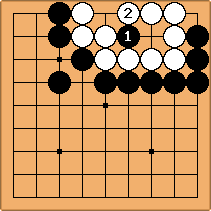 The same thing happens if black starts on the other point. Many times a group will be alive because it has two equivalent ways to live. In Japanese they say the two moves are miai. 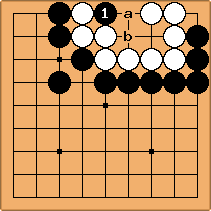 here does not even require an immediate response: white is alive even if she plays elsewhere. The two middle points are still miai for life: If black plays a, then white plays b, and vice versa.