How secure is the small low enclosure 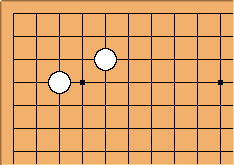 We all know the enclosure on 3-4 and 5-3 securely encloses the corner. Black can't live by invading, right?

It turns out this is one of the controversial statements.

HolIgor: The general statement is that the invader can't live, but the defender kills with so much strain, leaving such cutting points in the wall. that outside influence changes this statement. For one, I like to invade the small low enclosure. And playing White in the position in the next diagram I'd like to add one more stone to defend the corner. 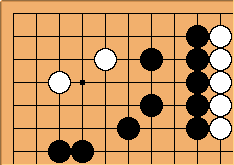 Late in the midgame, the corner looked something like this. White's corner shimari was loosely surrounded by my living black group. I decided to invade the shimari. If I could force even a seki there, it would be a gain for me; and since a play there was sente, I had nothing to lose (as long as White's responses didn't decrease my territory). Plus, I thought my nearby stones would help the invasion. White's answers allowed me to build a small living group, which in turn meant the White stones lacked eyes and were dead. Our later analysis revealed that White had a line of play that would have kept the corner. But the more I play around with it, the more it looks like an invasion on the 3-2 point can force a ko. 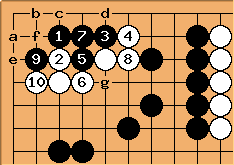 After White 10, I played at a. This is silly, because White can kill with b. (If Black c, then White d ensures there's only one eye.)

But if Black takes b, White has to play e. Then Black plays a, and White must capture the ko.

If Black has the better and more numerous ko threats, Black will either get the corner or get compensation elsewhere.

Black should just connect at f, I think. If White plays to prevent him from making life, Black cuts next at g and leads in the race to capture against either group of white stones - the group to the right has only three liberties while the group to the left has only four; while Black has at least five. -- Dave Sigaty

I agree that Black f is enough here. But I think Black at e immediately makes Black alive locally, doesn't it? -- dnerra

Dnerra, maybe I read it wrong; but if Black at e, White at b leads to a ko or bent four, doesn't it? - TakeNGive 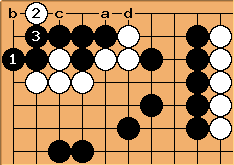 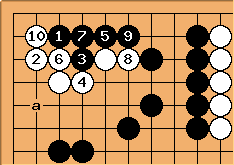 This is a success for Black -- the Black stones have connected out to live, and White must still scramble to live. (In fact, Black at a seems to kill; and it's Black's turn...)

White's two defenses against the invasion at 3-2 seem to yield either a large loss of territory, or a large ko fight. So I conclude: "the keima shimari is secure" is a controversial statement. Clearly, if the shimari becomes loosely surrounded, White needs an extra move to avoid complications.

Comments? Does White have a better line of play?

Bill Spight: Controversial? It's just wrong. :-) Who says that, anyway? 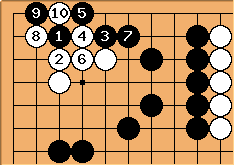 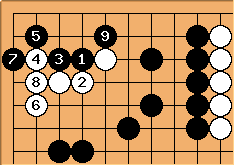 Black 1 is the usual attack, I think. If Black can't stand the ko, he can play at 9 instead of 7. 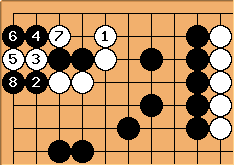 White 1 is often the killer tesuji. However, 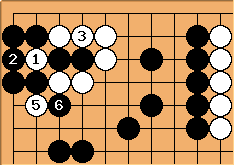 TakeNGive: Thanks Bill; I'll keep these in mind for next time (particularly the 4-3 cut).

TakeNGive: Having looked at this some more, I wonder if there's a better defense of the shimari against a 3-2 attack -- more comments, please? 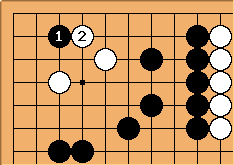 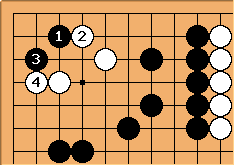 Black will need three or four unanswered moves to live, it seems; that is not going to happen. 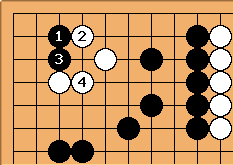 Does Black have something I'm overlooking? -- TakeNGive

See the continuation below. Black is just too strong on the outside, I think. Dave Sigaty

Ah, I see, Black can connect out. Thanks all. -- TakeNGive 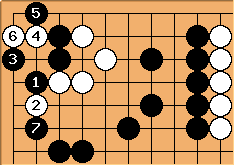 The enclosure is always secure unless there are stones at the side of the enclosure like the diagram above.

Charles No, that's a misconception. In the middle game it is anyway more a question of avoiding passive play if you hold the enclosure.