I was explaining to my younger brother how he could use the following position as a source of kothreats. 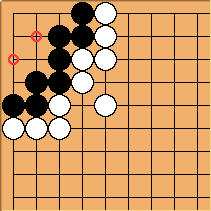 I asked him, if he were to play twice with White, which points he would choose. He chose the marked ones. Very good I said, this way you threaten seki, taking 8 points from me, which is much more than the 1-point ko we are fighting.

What I ignored, was the fact that playing the 2-2 point actually makes seki !!! 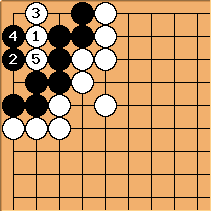 This must be known to many of you; but I didn't know that. When the endgame comes to 8 point gote moves, Black has to reinforce.

Bill Spight: This is a standard position. 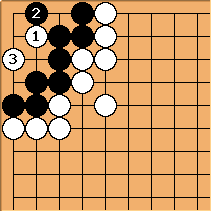 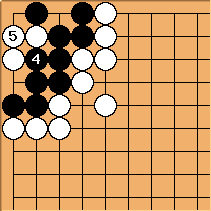 Seki is the usual result, but there is a throw-in ko. 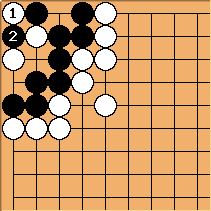 White can throw a stone into the corner to make a two-stage ko. Or Black can throw in at 2 to make the same ko.

However, this ko normally favors White, so Black will usually make seki. The play on the 2-2 is then normally a 3 1/2 point gote (miai counting).