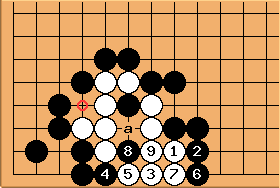 The tesuji here is

, Black can't create a dead shape with a, because he is in shortage of liberties (this is oshitsubushi). Note what a difference a black stone on the marked point would make. 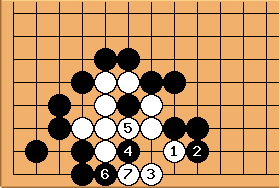 White has to be careful to answer

is precisely that it already prevents the connection underneath. 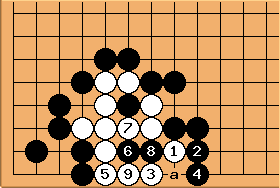 is the only move. It appears as if White can destroy the eye after this sequence by throwing in again at

, but White will simply connect at a. 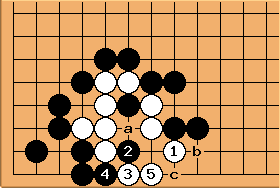 , a and b are miai. (If Black tries to leave White with a big eye by connecting at a (almost filling the enclosed space with the dead shape of three in a line), White runs to b and gets a second eye at c.) 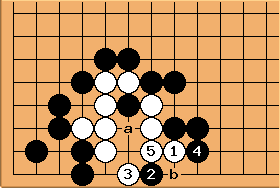 doesn't work, as is shown by this diagram.

There are many ways for White to go wrong. Let's assume she takes

as the obvious move, but fails to see the tesuji of

in the main line. 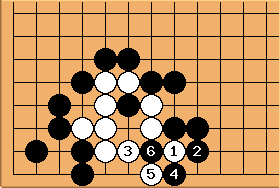 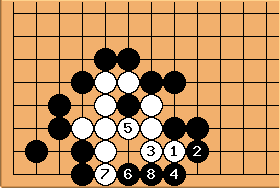 Black kills with the same hane. 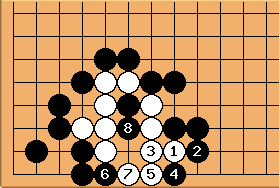 Why not the simple descent of

xela: Black won't be kind enough to reply at

, but will play c instead.