Force on the side you won't reinforce 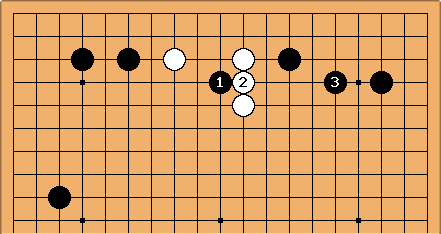 as kikashi, having already decided on

to defend on the right. The presence of

will help in any later attack on White's group. 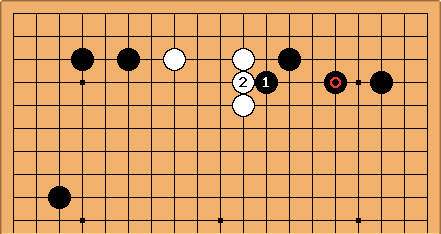 is definitely the wrong side, strengthening Black where he is already strong. Therefore Black has nothing to regret about playing

of the previous diagram. 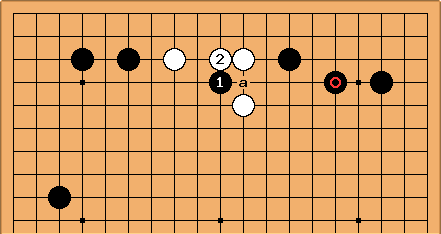 The other consideration is that

is another possible answer, once Black has played

. With the timing as in the first diagram, White will connect at a because the right corner is still weak.

Therefore you can say that in this case the peep first also has a probing or inducing function.

I would say that it's your first diagram that shows the inducing function: Black wants to play in the corner, so he makes White play a move that puts pressure on the corner, making his already intended move a defense against this pressure.

On the other hand, the last diagram shows the probing function: Black forces White to make her choice of which side to connect at an early stage, before it is known/decided what Black will be doing in this position. - Andre Engels