lezogzog I was told that the only reason for not playing on even-sized gobans is the lack of tengen. This seems to cause problems with mirror go. Is this explanation sound ? Does anybody see another one ?

Skelley: Why would/should we play on an even-sized board? I don't realy see a good reason for not playing on an odd-sized board...

Acid?: The board default is 19x19 because: "There are on the Go board 360 intersections plus one. The number one is supreme and gives rise to the other numbers because it occupies the ultimate position and governs the four quarters. 360 represents the number of days in the (lunar) year. The division of the Go board into four quarters symbolizes the four seasons. The 72 points on the circumference represent the (five-day) weeks of the (Chinese lunar) calendar. The balance of Yin and Yang is the model for the equal division of the 360 stones into black and white."

seberle: If there were a solid reason for preferring the 19x19 board, why was the standard size 17x17 for many centuries when the game was younger? 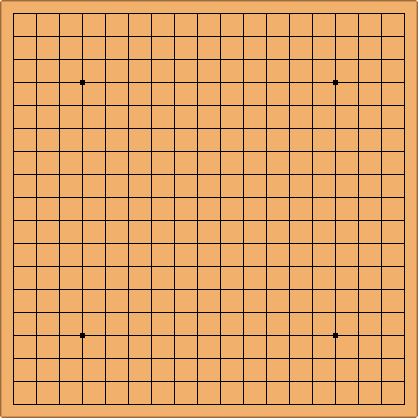 Bildstein: Anyone want to try an 18x18 Ongoing Game? To make it even-ish, I'll play against any single digit kyu or stronger. First in, first served. Just to make it interesting, I'll play White, and I'll play mirror go.