Path: Introduction to Life and Death =>

This is an introduction to dead stones. Take a look at the white stones below: 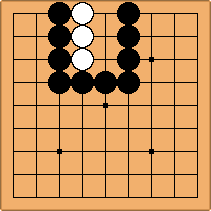 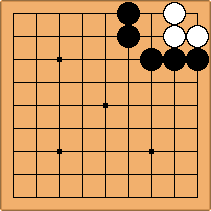 Now consider a shape like this: are these white stones dead? They can't escape. But black can't play the point inside, it's suicide. 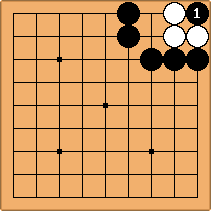 This shape is called an eye. But one eye is not enough. Black can fill the outside points first: 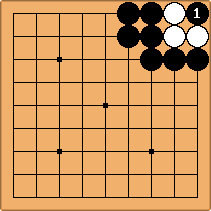 Now what happens when black plays that inside stone? The white group dies, because it has no liberties left. The rule is: Always check if your move captures BEFORE you check if it is suicide. So the white group is still dead. As in the last case, usually neither player will play inside that space until the very end of the game (or after the game ends they will be removed by agreement). 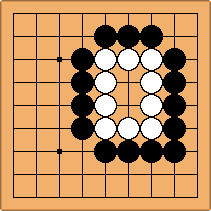 This shape is also dead. This is called a 2-point eye, because there are two points inside instead of just 1 as in the above diagram. First observe that white doesn't want to play inside: it creates the 1 point eye, which is dead. What if black plays inside? 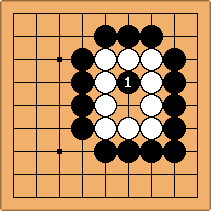 If white captures right away, we will have the one-point eye again: 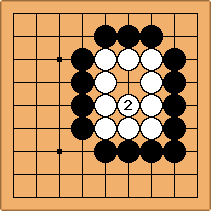 Black can kill by playing in the same spot again. 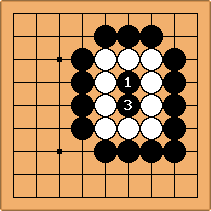 If white doesn't respond with