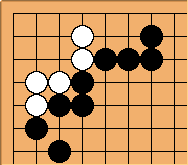 Now it is my belief (I think I "heard say") that the status of this shape is ko. Who can help validate it? If we figured it out, lets promote it to the main page. 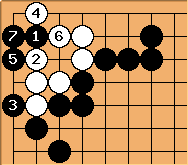 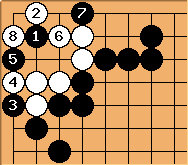 In my game I wound up in this variation (I was black). Is this the best result? It is ko, but white has many internal threats. I guess there is a better way. 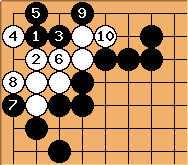 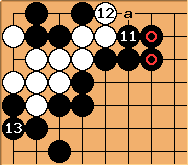 And Black gets an approach ko, as he still needs a move at a

The marked stones are not required to create this ko, but I don't know if they open extra options. 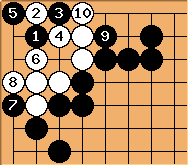 ThorAvaTahr: Thanks Herman, I believe you are right that should be the normal sequence. Now I wonder how to deal with

. This sequence leads to direct ko, white takes first. Is there a better way? 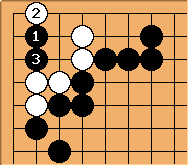 The enemy's vital point is my own? I would look at this

, since that is where pro play puts 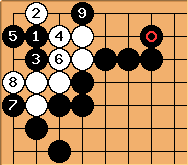 seems logical. With the

stone in place, black can then kill with 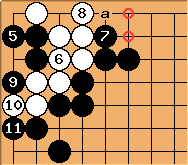 Without that, we end up back in a similar variation to the original, an approach ko where black needs to play a. Except this one is two points better for black in endgame value (the circled points) if he loses the ko.