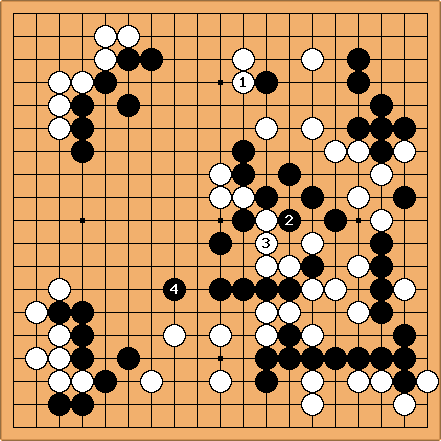 This example comes from Atsuku Utsu (To Play Thickly), by the editorial staff of Igo magazine, p. 116. White was Takagawa, Black was Kitani.

"reinforces the top side with choshi." 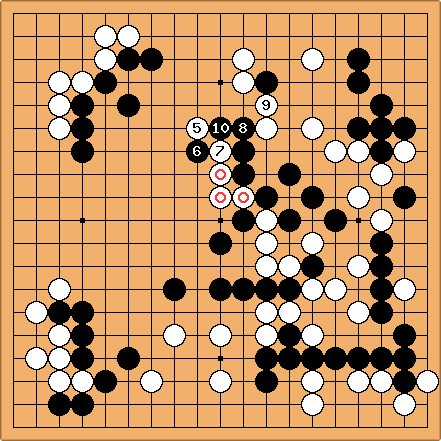 to begin to settle the

is also played with choshi. 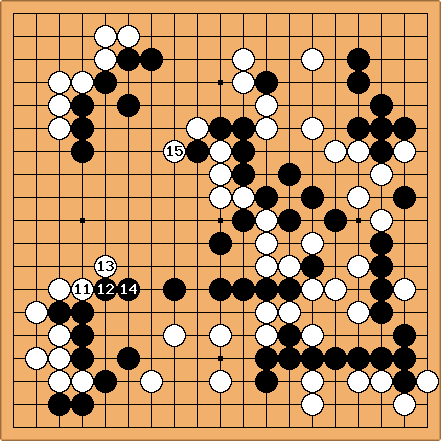 By taking profit in the corner with

White considers the exchange of

choshi, but in reply, 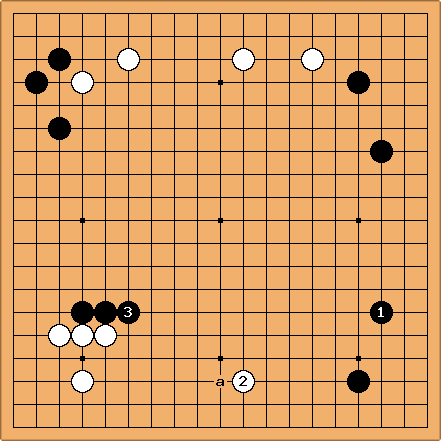 In the real game Black extended to a, but Go Seigen likes the enclosure with

, and then Black follows with 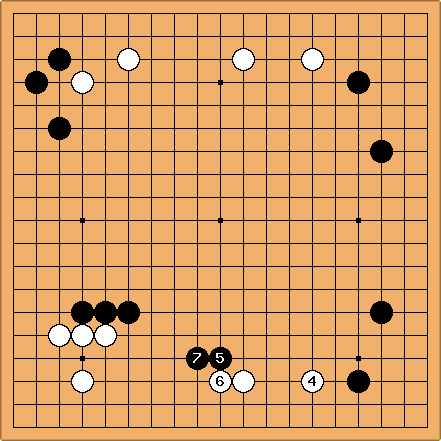