The base case problem learning method aims to improve a player's intuitive base cases by building more and more complex situations on top of each other. The easiest way to explain this is by examples (solutions are shown): 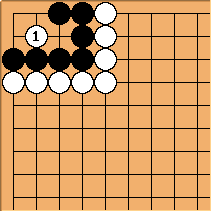 Most beginners can solve problem 1 with only a bit of thinking. But to become a strong player it is not enough to be able to solve such a basic problem; it must become a base case for a player to become strong. 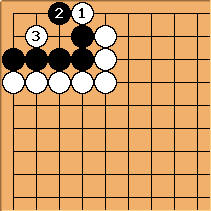 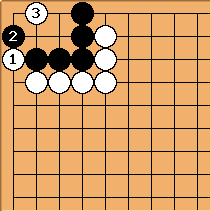 For best results such problems should be included in large problem sets so that these base cases are built in subconscious intuition rather than becoming conscious pattern recognition. 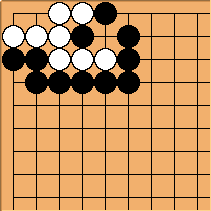 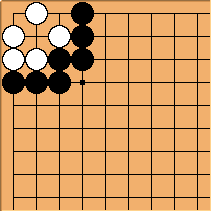 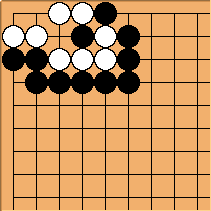 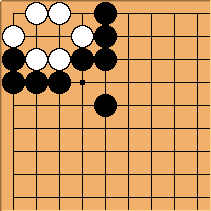 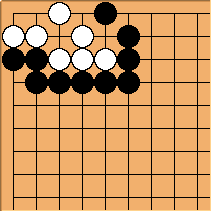 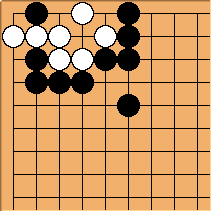 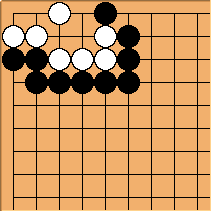 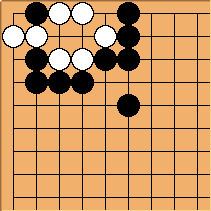 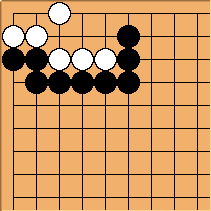 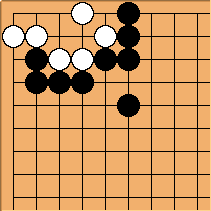 This example demonstrates how a problem set could be used not only to incrementally teach two killing tesuji, but how to develop the base cases underlying those tesuji. Ideally, problem sets would be much larger and include many more tesuji to avoid memorization.