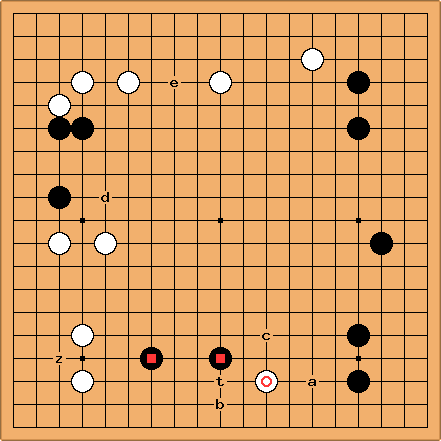 Can someone please explain to me how to properly handle this white invasion?

In discussing the position I would be most interested in general principles (if there are any) rather than concrete variations (which are of course also welcome).

In the game I was thinking about either trying to keep white weak by denying her a base (a or b), capping her at c to develop a framework at the upper left or play tenuki at d or e, but the truth is that I don't understand the position at all ... so I hope to gain some insight here.

Here is how the game continued: 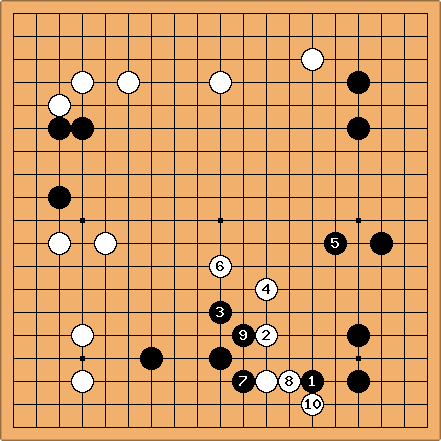 Andy: I'm not good at these either, but the game continuation is way too soft on white. Not only is white's invasion successfully out of your reach, the black stones on the bottom left start to look weak.

With the high position of the

stones going for influence, you're probably not going to be able to kill white's invasion, so the cap at c building even more influence looks good to me. While you seal in white to a small life on the bottom, you may acquire the strength to counter-invade later at z.

is from the wrong direction imho (

tenuki is not playable.

wants to take eyespace away I guess, but forces white to strengthen her group even more. (I would play t, after white jumps keima which both stabilizes the left and gives center influence) 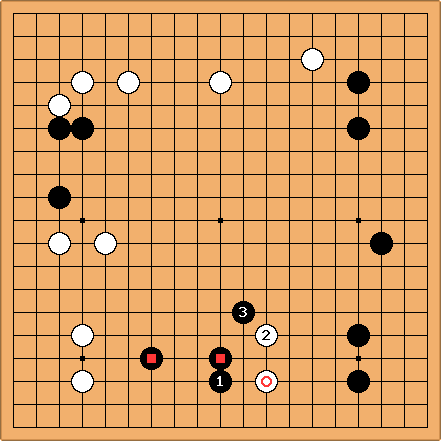 My opinion (trying to explain with general guidelines as you requested):

a: This is the wrong direction (as pointed out before). Do not reinforce stones which are strong already. You need to help the weaker (the marked) stones. This point is too close to the strong corner stones too. (Guideline: attack while helping the weakest stones).

d, e and z: This are big moves. This is not the time for big moves however. You need to play urgent moves first, as the marked stones are under attack. (Guideline: Urgent moves go first).

b, t: These moves try to settle the stones. This contradicts with the first stones however, as they are played on the 4th line. Play on the third line earlier and make a base, or play on influence and go (escape) to the center. Besides, there is not much territory here. (Guideline: play consistently). :No, I disagree, it is at least as much about strengthening before the attack and denying a base to White. (So three goals at the same time.) Tapir

c: This move seems the best to me. It helps the weakest stones. It puts pressure on the white stone. It stops the white stone from getting to the center (and splitting the black stones). It starts to build a moyo. Reinforcing the marked stones, the invasion at z is getting more interesting. (Guideline: find moves which accomplish more goals). 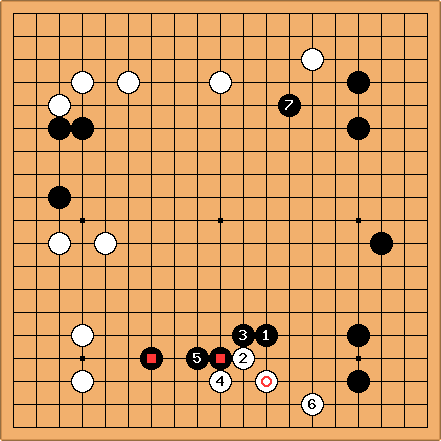