golearner: I recently had a game that started in the following embarrassing way. 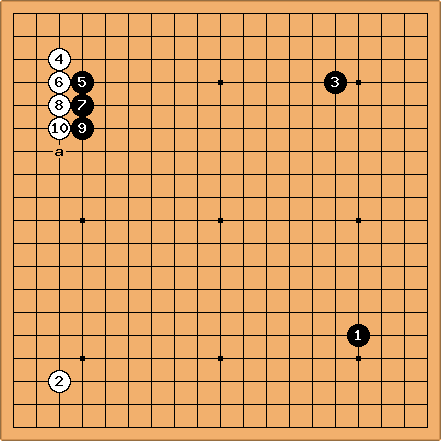 golearner: White's extension on move 8 is listed in Kogo's Joseki Dictionary as sometimes seen in amateur games, but the extension after that is not listed. Should Black just keep building a wall?

Bill: Yes. Every stone Black adds to the 4th line is worth more than the stone White adds to the 3rd line.

Bill: The term is hane, and no. White's cut is too strong (as you found out).

By the way, this isn't the embarrassing part yet - read on! 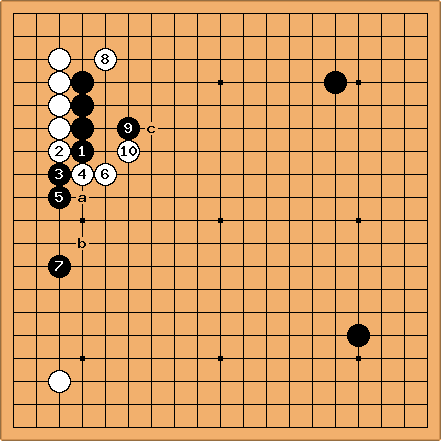 golearner: This second diagram is where I start to feel embarrassed. I think maybe I should have played 13 at 14, or jumped one to 'a'.

I think that Black didn't have time to make move 17, and maybe that's a bigger mistake. Maybe I should have been harassing White's 14 and 16 group at that point instead?

or Bb is fine. Your problem is the weakness of your wall. A wall without eye shape needs an extension. And your wall has only 5 dame, which is the bare minimum for tactical viability. That spells trouble.

looks a little slow to me. You don't just want to run. Fortunately, White has some weak stones, too, and you want to look to attacking them, or at least running together. If you can get ahead, that's good, as a rule. So I might play Bc. In this diagram, after

I would say Thank you, and extend to c. 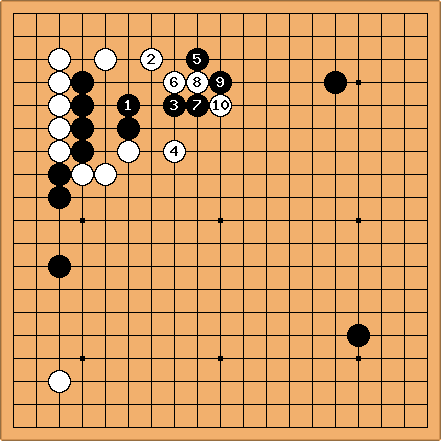 golearner: By move 30, I was really feeling stupid!

Bill: Welcome to the world of go. It makes everybody feel stupid at some time or other. Great game! :-)

is not a bad move, but

looks slightly misplaced to me. 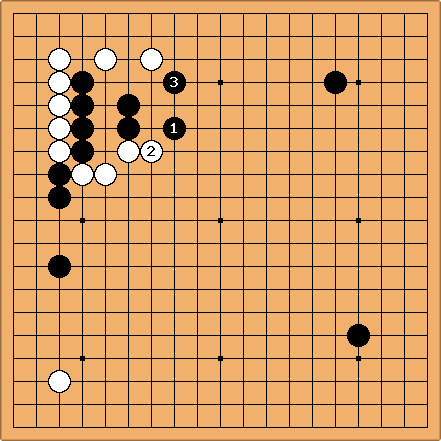 is a good spot. If

makes good shape and threatens to wall off the top side or attack White's central stones. 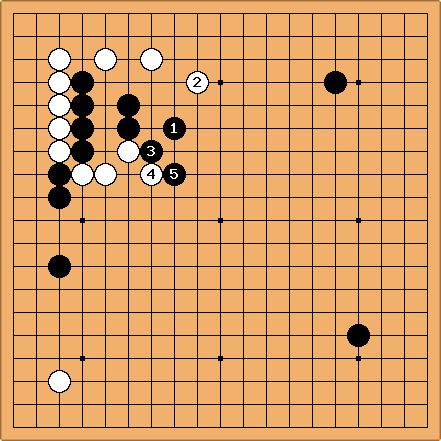 turns the corner and applies pressure against White's group while strengthening Black's. 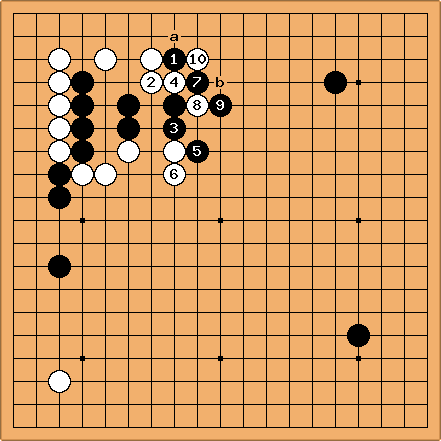 Bill: As you now know,

(25) was not quite right. And it is not so easy to find a good move for Black. However, I think that

may be interesting. White may hane at a, strengthening Black's group. Or if

makes a bamboo joint. After

is sente, followed by

. Through Bb Black is pretty solid. 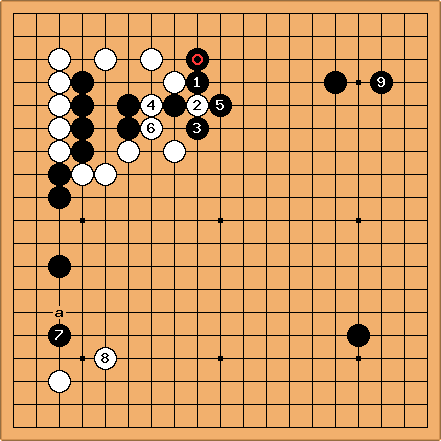 Bill: Also, to recover from

), consider this line of play. With

Black sacrifices his baggage with sente for thickness. Then

encloses the top right corner. The ball game is not over.