I am interested as to what people's opinions are of

. This deviation from joseki was played by the Russian Professional player Alexandre Dinerchtein.

Only the lower right corner is included for the minute, because i'd like to discuss just the joseki itself without specifics positions across the board.

I am concerned that white is playing into a shoulder hit, and seemingly leaving the possiblity of making a base more remote. 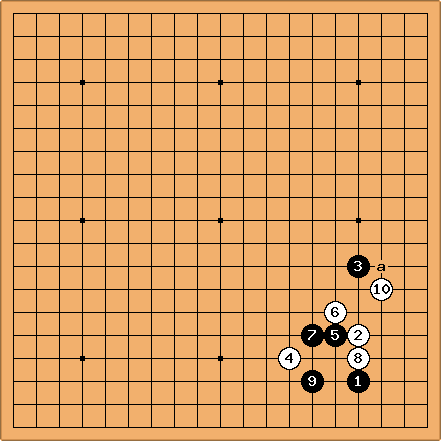 Calvin: Interesting. If white is very strong in the upper right maybe black a could be made heavy. I can't understand it otherwise. I'm looking forward to stronger players' comments, or for the rest of the board to be shown.

Velobici: Joseki are locally even results taking into account who played first in the corner, where the first stone was located et cetera. Deviation from joseki may be warranted or even dicated based upon the whole board situation. Given that Alexandre Dinerchtein is a professional, we are going to learn when this deviation is better for white than the joseki. 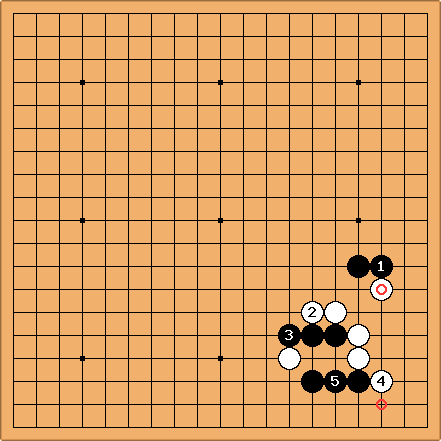 Mef: Perhaps he was trying to end up with something like this? after

his shape looks pretty safe to me, so I think he might be able to either take sente/ try to attack the top stones. Even without that though, if white has a strong position in the upper right limiting B's extenstion, I think even just getting

might be reasonable, especially if white didn't have the ladder to begin with.

IanDavis: I suppose that play would give White a substantial corner, but isn't it too focused on territory? (Black having walls on both sides)

Dieter: I actually think it is a trick play. See below. If Black plays calmly as in the above, the marked stone can be captured. 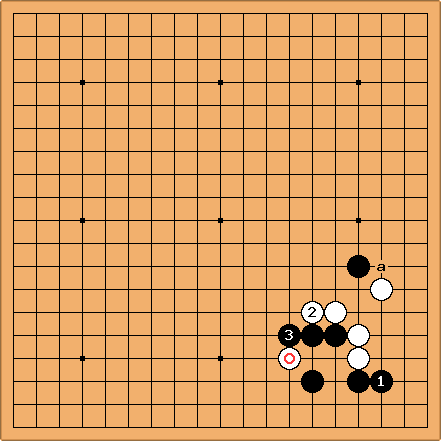 in this case. Then what is white's best continuation?

Mef: I'm certainly not one capable of saying best, but I'd say maybe exchange

, and then focus on the right side.

. How about a directly?

Rich: If white gets to play at 3, she's connected. Black plays this joseki to get influence along the bottom; white is prepared to sacrifice

for a base and some influence along the side. In answer to the original question - since this joseki's already underway the lower side must be interesting for black, so either play solidly as Dieter suggests below, or turn above

in the original diagram. Without the whole board, though, it's hard to say; and whatever we say, I think a professional like Alexandre Dinerchtein probably knows better... 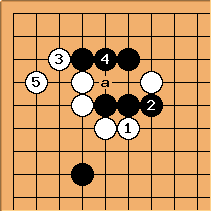 include the location of

) and a (considered vulgar).

has become the standard sequence in professional play by a wide margin.

jantiff: matters are not that clear. Guo Juan and Jiang MingJiu taught the following in Ing Goe Internet Class: 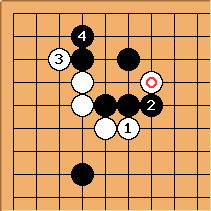 , and Black can afford to answer 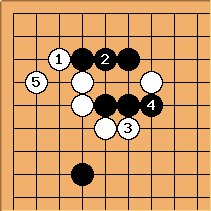 first. If Black solidly connects at

, then White may play

with a clear conscience.

jantiff: the following seems quite reasonable to me. Black gets profit while White makes good shape on the side, hurting 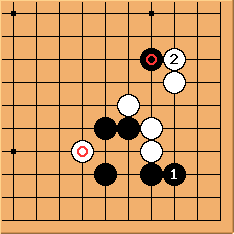 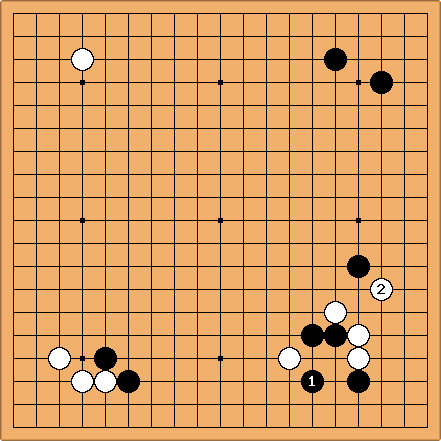 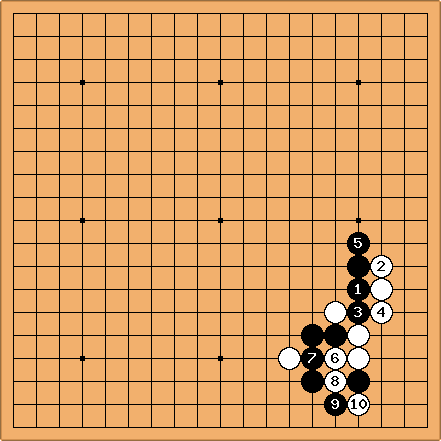 Dieter: I would be tempted to cut at 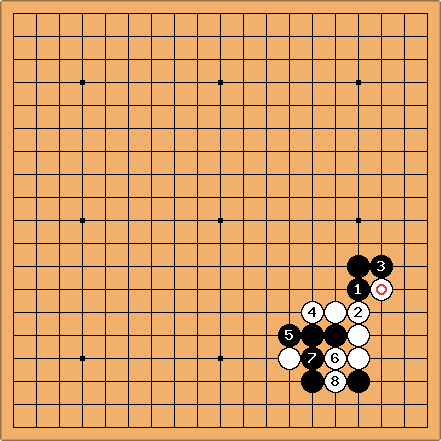 Dieter: This looks better for White. The purpose of the marked play must somehow to enable

. If Black doesn't fall for the trick, then the marked stone will end up weak. But I'm sure I'm missing Alexandre's point. 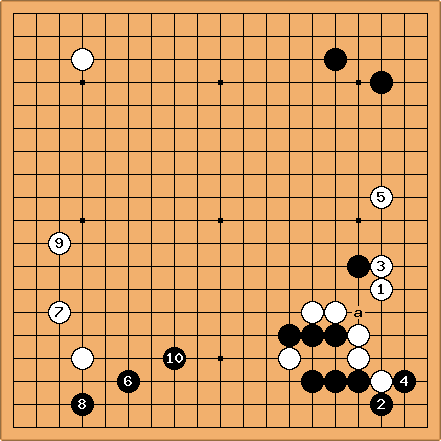 at a later point in the standard sequence in the 30th Wangwi against Kim. Of course if Black answers

at 3, White will be able to extend in the corner at 2 without being cut at a. Black's answer at

in the corner seems natural but White gets to undercut the right side as compensation.